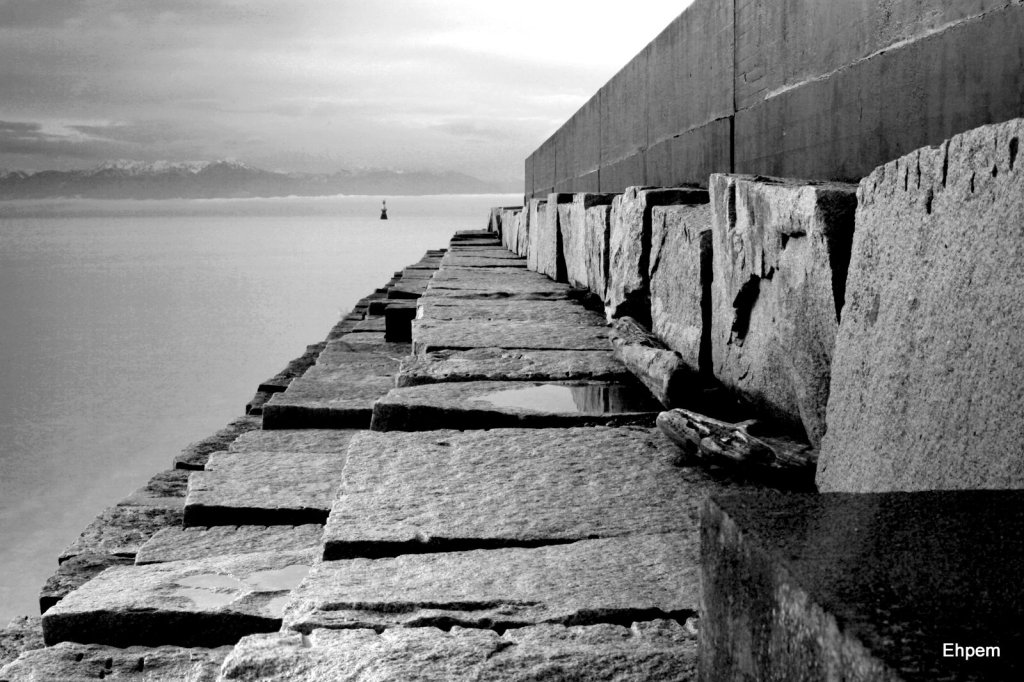 Ogden Point Breakwater is a 760m (2500 feet) long structure that shields Victoria’s outer harbour from the winter storms. It was completed in 1916. Just inside the breakwater is where the pilot boats dock waiting to deliver and receive pilots from ships in transit through the complex waters to the east of Victoria, mostly passing to and from Vancouver, but also Nanaimo and points north. Pilots are highly qualified mariners with local knowledge that guide ships safely through difficult inland waterways. It is also just inside the breakwater that larger ships, including cruise ships, can dock. When I was there on Friday, a large log transport vessel was having its load removed after being seriously damaged by a “rogue wave” off the west coast of Vancouver Island last week, on its way to Japan.

The breakwater is for many people a favourite place to walk in nice weather; though it is closed, for good reason, after dark and in stormy weather. At the landward end of the breakwater is a cafe which is part of the destination for many, and at the opposite end a small light that looks like a miniature light house. This is also a favourite place to scuba dive. Around its base the breakwater is ringed by more than 10,000 very large granite blocks that step down and out at lower elevations and I presume below low tide levels. These too can be walked on. They show very clearly in my photo below, and are the subject of the photo above.

I took quite a few photos, including some long exposures, and I expect to show more over the next few days. You can find the breakwater on this map. The navigation light in the distance of the top photo marks Brotchie Ledge, a submerged reef that is a considerable hazard to marine traffic and that has been marked since Victoria was established in 1843. In the distance of the top image are the Olympic Mountains in Washington State. 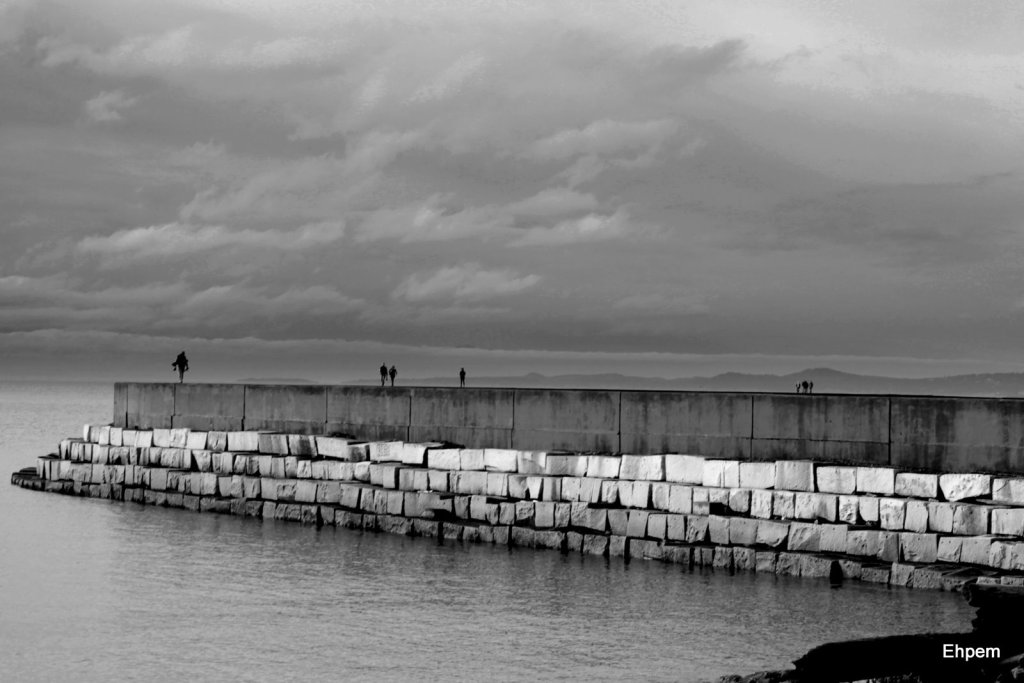 EDIT: I swapped out the top image – I realised I had uploaded an earlier edit that was not so well balanced tonally.