Writing about the Sahsima and Chikawich cairns that mark Songhees places and history prompted me to revisit a third one, the only other that I know of. I have also prepared a map  for those readers unfamiliar with our geography.

This cairn is located on Beach Drive, opposite Kitty Islet, at the eastern end of McNeill Bay. The monument also commemorates Chikawich and mentions another place, Tlikwaynung which is now known as Trial Island. The text concentrates on Kitty Islet which was the site of a Songhees camp that was associated with the main village site of Chikawich located further west in the bay.

This image shows Kitty Islet with Trial Island in the middle background and the Olympic Mountains in Washington State in the distance.

In this photo Harling Point, where Sahsima is located, is in distance to the left. Behind the cairn and to the right is McNeill Bay, site of the Chikawich settlement.

The inscription on top of the cairn reads:

This small islet and the adjacent shore were once an indigenous encampment connected with the village at McNeill Bay, Chikawich, to the west. The people living here ate over 20 species of fish and 15 species of birds, as well as deer, sea mammals, raccoon and marten. Across the water lies Trial Island, Tlikwaynung, a place where there were lots of seals.
Oak Bay Heritage,  Artwork by Charles Elliott, Temoseng,  BC 150 YEARS

The text appears to reference archaeological information. An internet search finds nothing more about excavations at this location, but it would be nice to know more about when the excavations occured and more of the conclusions. I am aware that there are restrictions on sharing detailed archaeological site information, but this spot is under the scrutiny of many large plate-glass windows and is probably secure from illicit digging or vandalism. Maybe Oak Bay municipality or the Songhees (in collaboration would be nice) can include some information on their respective websites about each of these monuments with supporting data and references for those of us that would like to know more. 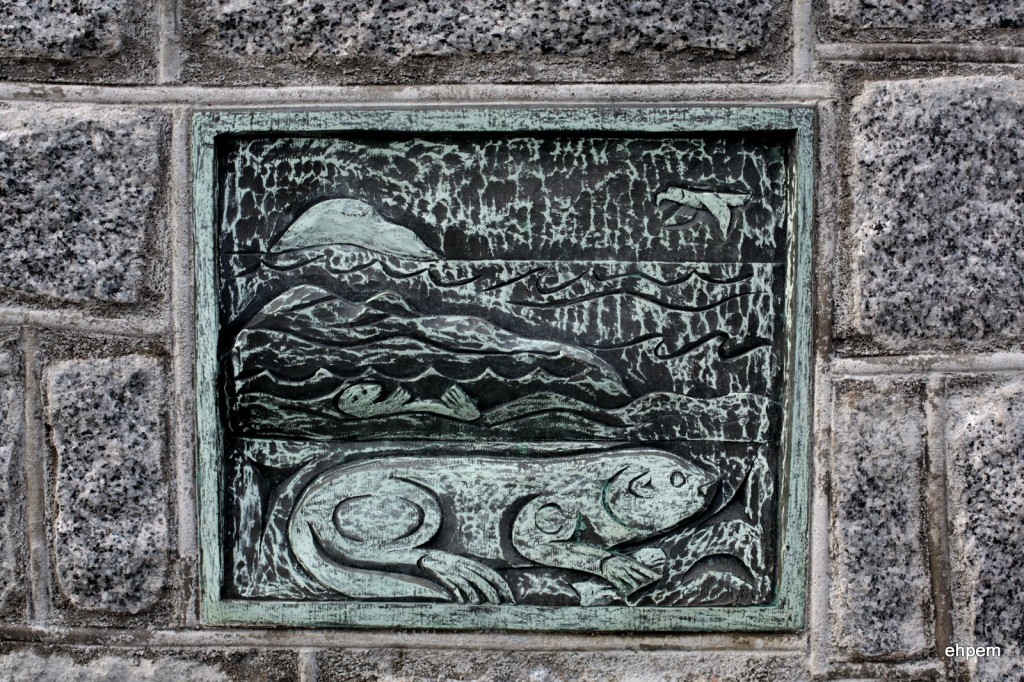