I bought the Olympus Stylus Zoom 140 Deluxe in a thrift store early last year for less than $5. One of the attractions was that it still had film in it, the other is that it is an Olympus Stylus and is not the longest zoom they made which promised somewhat better optics than a 170mm zoom which I had poor experiences with.

There are some things to like about this camera including

, in no particular order: 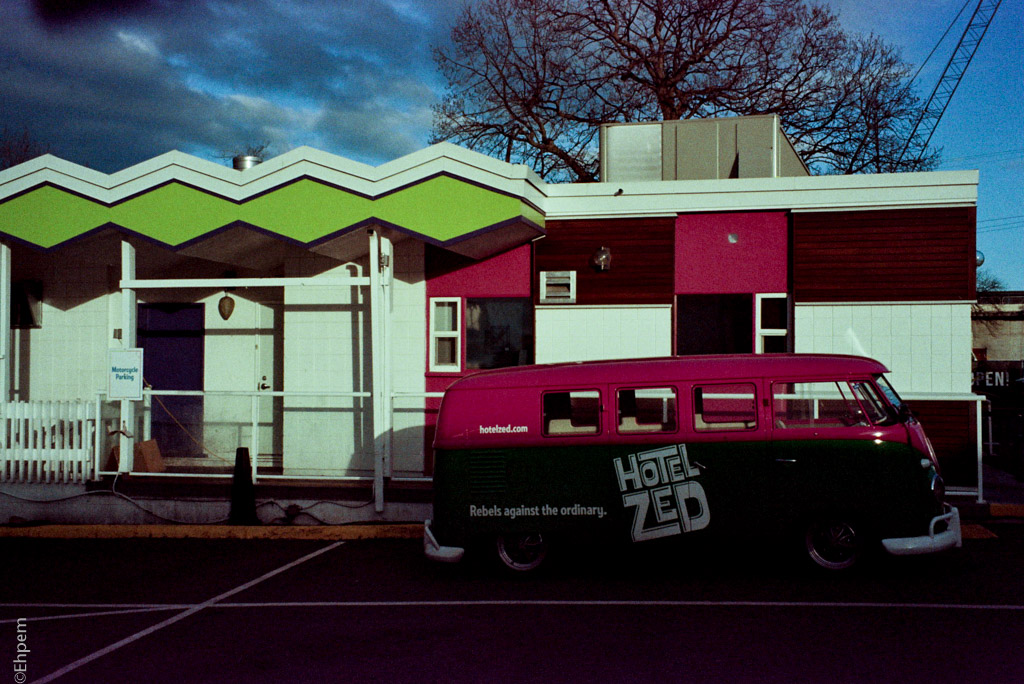 And there are some things I dislike including:

The lens ranges from 38mm to 140mm, with an easily used knob next to the shutter button. At 38mm the aperture ranges from f4 to f12.8, and at 140mm from f11 to f22.9 which is slow but in keeping with most similar cameras of the time. Near focus is 2 feet on the wide angle setting and 3 feet when zoomed. The shutter ranges from 4 to 1/400th second; the latter is a bit slow for maximum zoom. 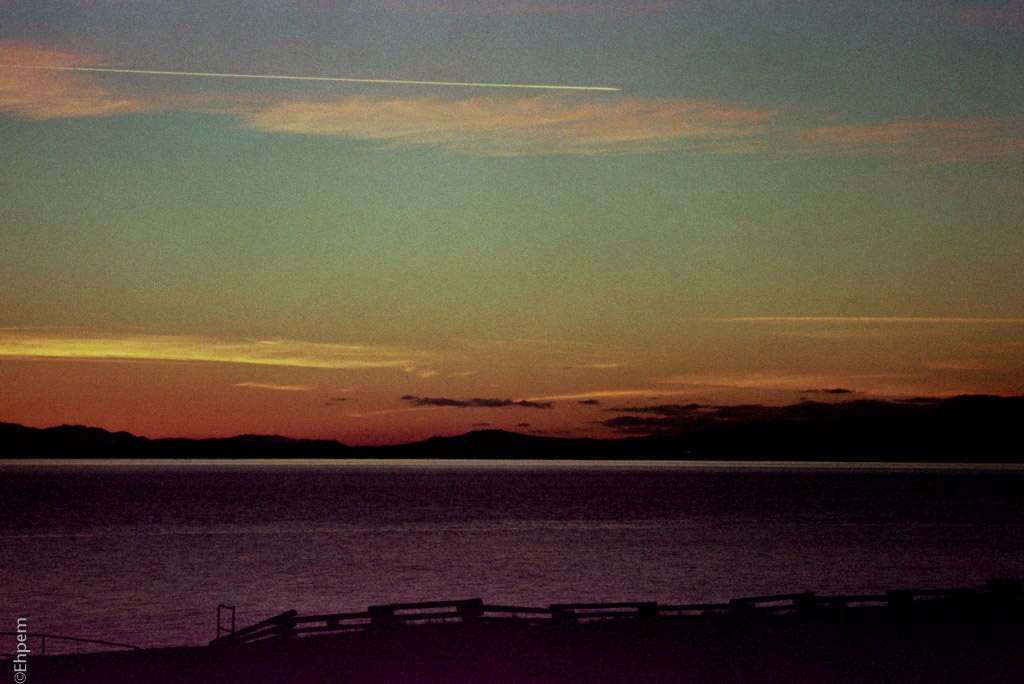 Olympus publishes the manual for this camera on-line (here) which is a good thing as it has some controls with tiny buttons that require explanation. The main function that is not obvious is how to set the date, and how to turn off the date stamp. I did turn it off, more than once, but still about half the photos came with a date stamp. I have removed them in post as they really bug me. But if you like date stamps, then there are several modes for the date including one that includes just day and time.

The camera also has a mechanical panorama mode which merely slides a mask to obscure some of the negative and a corresponding mask in the view finder. Why anyone would want to make the negative smaller is beyond me, but it was all the rage for a while with printing services set up to make longer (but lower resolution) prints. The panorama mode is not changed when the camera is powered off.

A few years ago I tested a Stylus Epic Zoom 170 using film that came in it and was not impressed and never published the results. A lot of the found shots (and one of my own) missed focus, and when fully zoomed the optics leave quite a bit to be desired. However, I have always suspected I might have judged harshly and that it could perform better with new film. Sadly the camera did not interest me enough to run another roll through it.

It is ironic that here I am at the same place with a very similar camera. The Kodak Max 400 that was in this camera had no prior exposures on it (which was kind of disappointing since there is a label with an earlier owner’s name and address on the camera). The film was old and shows its age – I find that expired Kodak consumer grade film is quite unstable compared to the Fuji equivalents which are often quite good even when 10 years overdue. I had to do quite a lot of work in Lightroom to get some images I could live with – this largely entailed boosting the blacks as the film is pretty much devoid of black and correcting the white balance which had shifted to a sickly pale greenish-yellow. 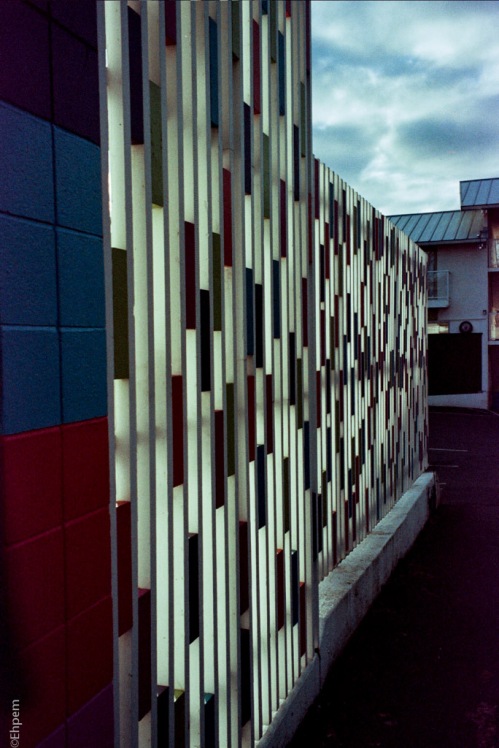 There is something extending into the upper left (landscape mode) of many images. I am not sure what is doing it, I don’t think it’s a finger since the lens extends enough to keep fingers to the side, and the strap is on the other side, and it occurs in portrait shots regardless of which direction I rotated the camera. I wonder if one blade of the shutter is a bit sticky, though there is no sign of that looking through the back of the camera. It is a mystery that I won’t be exploring any further.

In summary, I think this camera is probably a pretty good performer for the right kind of user, especially at 38mm, though I don’t have many pictures to prove it. I very much prefer prime lenses in point and shoots, and a lot more simplicity in the act of shooting. There are too many things to think about/remember with this camera. So I won’t be running more film through it and finding out if it is better than these photos suggest.

In general terms it is a lousy street camera – the lens is not quite wide enough, it is a shiny faux brushed-aluminum with gold trim, the flash sticks up like a beacon reflecting light, its very long nose trumpets your intentions to zoom in close, it has an annoying propensity for the flash to fire without warning if you forget to turn it off, yet again, and is not even that quiet to shoot with the whine of film winding (though better than many). On the other hand, no one is going to think you a serious photographer if you have this thing in front of your face, so it might work as a bit of camouflage in the street. Your call, they are cheap and lots of them around, though you may pay more for the battery than the camera.

I did not keep detailed notes for each shot, so the captions in the gallery are often guesses.

The upside is that I found a couple of locations while testing this camera that deserve future visits, with more reliable film.

To open the gallery, click on any image and then navigate with the arrows or by swiping.

Landscape in a leader