In this post I present tests of a Fujitar P.C 35mm f/2.5 lens that came with my Asahiflex IIa  (more about that kit here: link). This preset lens was made by Fujita Kogaku Kikai (according to this source). It is considered one of the earliest Japanese retro-focus lenses. The 35/2.5 came with the Asahiflex in a leather case with both end caps. The end caps are plain, but the leather case is embossed with Fujita Kogaku (see image in gallery below). There was no lens hood.

Of the three lenses in the kit this is the one that looks like it was used the most. I am not sure if that is because the metal surfaces are different from the Asahi-Kogaku Takumar lenses and more inclined to show dirt and wear (quite a few of the other examples with photos on line have a similar grubby look to them), or if it was the lens chosen the most often. I suspect the latter as I certainly gravitated to it of the three lenses. I really like 35 mm focal length, and because 58 mm seems a touch long. Though when I see the tests below, I think I will be more often using my S-M-C Takumar 35 (as I have done since the 1970’s).

The tests are made by adapting the lens to a DSLR. I compare it with a Super-Multi-Coated (shortened in this review to S-M-C) Takumar 35 mm f/3.5 lens and a Nikon Series E 35 mm f/2.5 lens.  The Fujitar lens has a m37 mount, the S-M-C Takumar has a m42 mount and the Nikon has a Nikon mount. The S-M-C Takumar and Nikon lenses are the only other lenses that I own with the same focal length as the Fujitar lens. The S-M-C Takumar is well-known among the vintage lens fraternity so provides a useful baseline for comparison. The Nikon is known and oft derided as one of their poorest lenses. The tests included approximations of f/3.5 on the Fujitar and Nikon which are not marked for this value in order to match the S-M-C Takumar when wide open. These two lenses open up to f/2.5 so I include tests at that setting too.

Click on any image below to see it enlarged, and navigate in the gallery with the arrows.

I followed the same methods used for the 58 mm f/2.4 (see here) and 135 mm f/3.5 (see here) lenses that also came with the Asahiflex kit. I repeat some of the information below so this review can stand-alone. My tests use a full frame Canon DSLR (5Dii) with a m37>m42 adapter inside a m42>EOS adapter for the Fujitar. The EOS adapter flange prevents light leaks that are found with some other DSLR adapters. However, with this adapter combination the lens focuses beyond infinity (better than not focusing to infinity, so I am OK with that). Also, when mounted the inscription on the lens showing aperture, focal distance and depth of field is on the underside of the camera. However, on this lens when the focus ring is turned, the whole barrel rotates and the markings can be read, and set, when it is at near focus distances. This is a nuisance but a lot better than having to turn the camera upside down as with the 58/2.4.

The housing around the rear element of this lens is engraved “FOR ASAHI FLEX IIA IIB”. Asahiflex did not make a lens wider than 50 mm so this is clearly a response to demand for a wide-angle lens, one which likely developed with the earlier Asahiflex models. This lens seems to be quite rare, but is often marked with other names including Tower and Fujita (as opposed to Fujitar) – see this post for photos showing one of each. It was also marketed as Taylor (here is one) and apparently Juplen. This Japanese website indicates that Fujita made lenses under other names as well, including Kalimar, Kaligar, Optinar, Peerotar, Soligor, Accura / Accurar, Taika Terragon, and Gamma Terragon. This same lens was produced with an Exact mount under the Wirgar and Renoit Etoile labels. I have not tried to find 35/2.5 lenses under all of these other brands, but when I did look for some of the names, I found nothing. The latter source also has lens tests for a Juplen branded version and other useful information about the Fujita company, but most of you will need a browser that can translate.

Two Tower examples are pictured here, one marked in red “H.C” and the other “P.C”.  Tower was the Sears brand and marketed the Asahiflex cameras as Tower models. A Fujitar P.C example can be seen here. There is no information whether the box it is on is original to the lens. A very clean Fujitar H.C m42 example can be seen here. Not all or perhaps not many of the m37 examples are marked “For Asahi Flex” around the rear element (this Tower H. C m37 mount for instance). I have no clear idea what P. C vs H. C refers to. One source about vintage Nikon lenses says that P stands for Penta (five elements) and C for Coated. But distinguishing number of elements doesn’t seem right for these lenses as they appear to be identical – perhaps the C is for Coating, and the P and H are types of coating rather than lens configuration.  One thing that is common in all the photographs I have seen of this lens, both m37 and m42, and with different brand names is that the serial number begins with FT, which presumably refers to Fujita.

Tests were taken outdoors in the Ross Bay cemetery. The camera was mounted on a tripod and used full magnification in live view to focus, including between each f-stop change. In the pictures below the focus was on the vertical crack in the grave surround that is near the centre of the photo, just below the path (it is in the lower right corner of the centre crops). I used a 10 second shutter delay to steady vibrations, the camera was set to 100 ISO and aperture priority. All shots were RAW with a Neutral setting so no in-camera settings influence the images. No filters or lens hoods were used on the lenses. Four pictures were taken with each lens – at f/16, f/8, f/5.6 and f/3.5 (3.5 estimated for the Fujita and Nikon). In addition, the Fujita and Nikon had f/2.5 images made.

The exposure times varied, mostly because the light was fluctuating, less because the lenses and adapters were causing differences. The resulting exposures were not all even in appearance (even those shots with the same lens). I have not changed the exposures in Lightroom as they seem similar enough in appearance for these lenses to not be worth the effort. There are no post-processing changes like sharpening, clarity or other changes made except to crop details, and to set the white balance the same for all the images (auto-white balance fluctuated a bit). The original images are 5616 x 3744, all the crops to show image detail are 1501 x 1001 and placed in precisely the same parts of the frame – differences in view are due to minor focal length differences, possibly tiny adjustments of the camera on the tripod during lens changes and for the Nikon a poor fit in the adapter which resulted in considerable lens movement with every setting change.

The main issue with the Fujitar is that at f/16 it has a pronounced hot spot with really low contrast in the middle of the image, not very large and quite well-defined almost like lens flare, but not.

The S-M-C Takumar has a good reputation while the Nikon has mixed reviews, few of them good. These tests show the S-M-C Takumar to be the sharpest lens at most f-stops across the field of view, though at f/3.5 the Fujitar is better in the corners while the Takumar is better in the centre. At all f-stops the Fujitar is better with blue ghosts around branches silhouetted against the sky. I don’t think these are chromatic aberrations as there is only blue outlines involved and clearly at all f-stops the Fujitar suffers more from more CA than the other lenses (see the lower left corner crops with the two-colours of aberration, one on each side of the headstone).  In general terms I think the Takumar comes out ahead and overall the Fujitar is better than the Nikon except for CA. At F16 the Nikon is sharper. At f/5.6 and f/3.5 the Fujitar has the best corner sharpness of the three lenses, but centres are not as good as the Takumar. At f/2.5 the Nikon’s corners are better but the Fujitar center is better though neither makes images to write home about. Other than f/2.5, the Nikon has the worst corner sharpness even when closed right down. When it comes down to it the Nikon earns its lowly reputation. The Fujitar is a serviceable lens and pretty good for its vintage and older coating(s) – if shot between f/4 and f/8 (not sure about f/11) it is an acceptable lens, and since it is one of only two? wide-angle lenses for the Asahiflex that is a good thing! The Takumar is the lens to have for taking photos where precision is wanted.

This completes my DSLR tests of the various lenses that came my Asahiflex kit. When the camera body is back from servicing I will take some pictures with each lens on film, but won’t burn a lot of frames on this kind of testing.

The three lenses at F/16

Click on any image below for larger view and navigate with the arrows.

The three lenses at F/8

I used the Fujitar for some shots around the waterfront near the cemetery. It has a noticeable blue spot when shooting into, or nearly into the sun and bright sky. I have much worse flare on some expensive modern lenses, so I can easily live with this. And if shooting in black and white with a yellow filter the flare would be nearly invisible. Below are a couple of examples. All are shot at f/5.6. 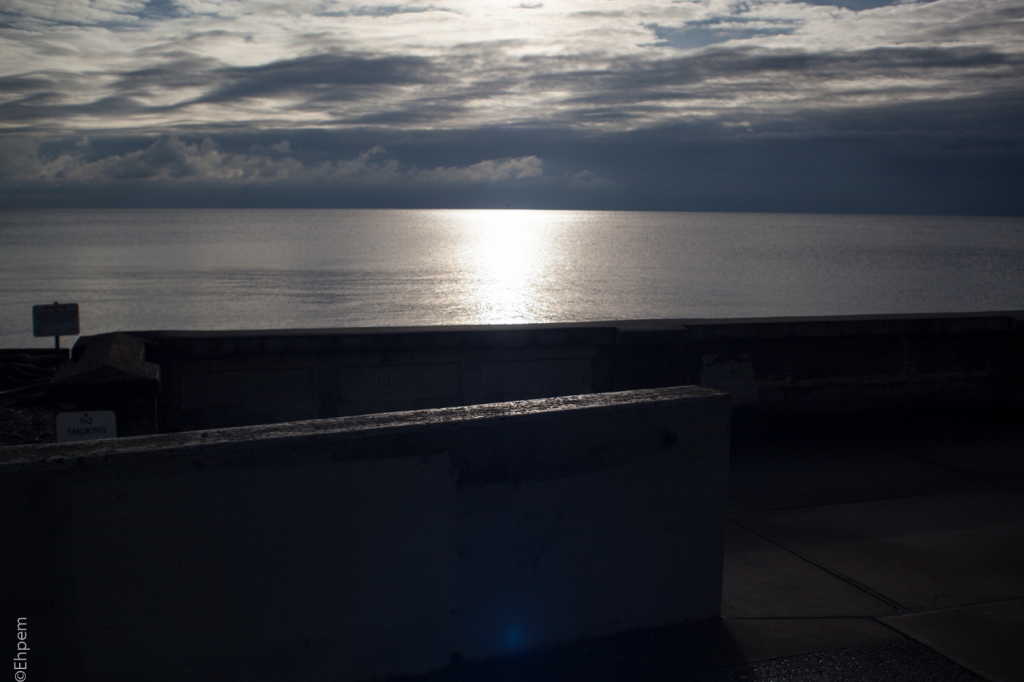 I also made some photos around the house at night with a high ISO (1250) and the camera shooting jpegs in Monochrome mode. Not a great testing situation, but the images came out just fine. I no longer recall the f-stops but some look like they were at f/2.5 and the others a stop or two more closed. Below are a couple of examples including a couple of bokeh tests. 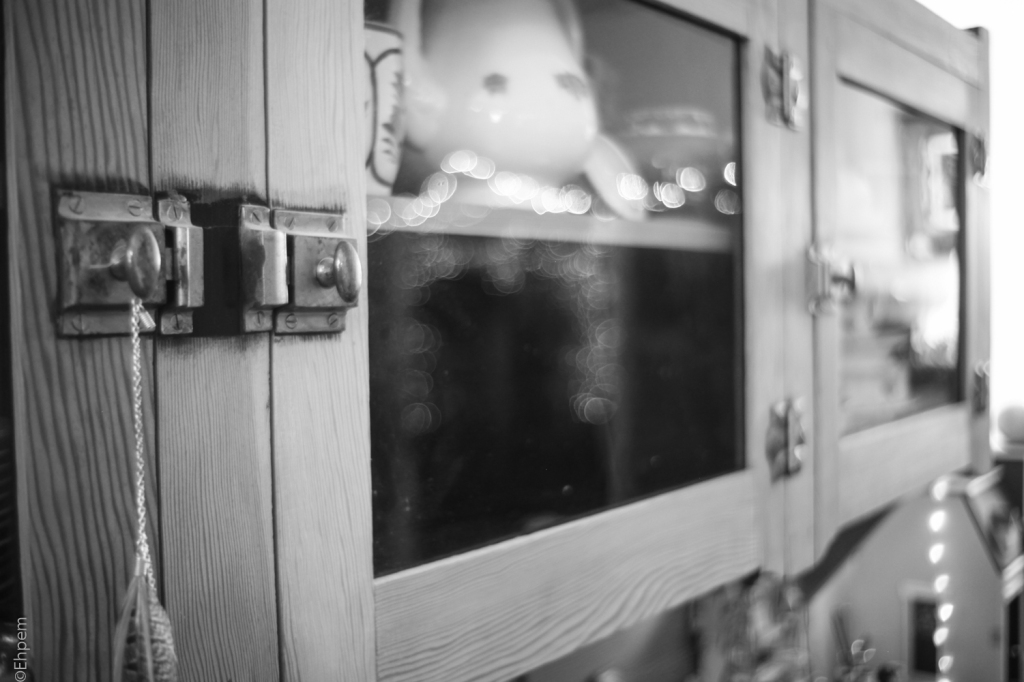 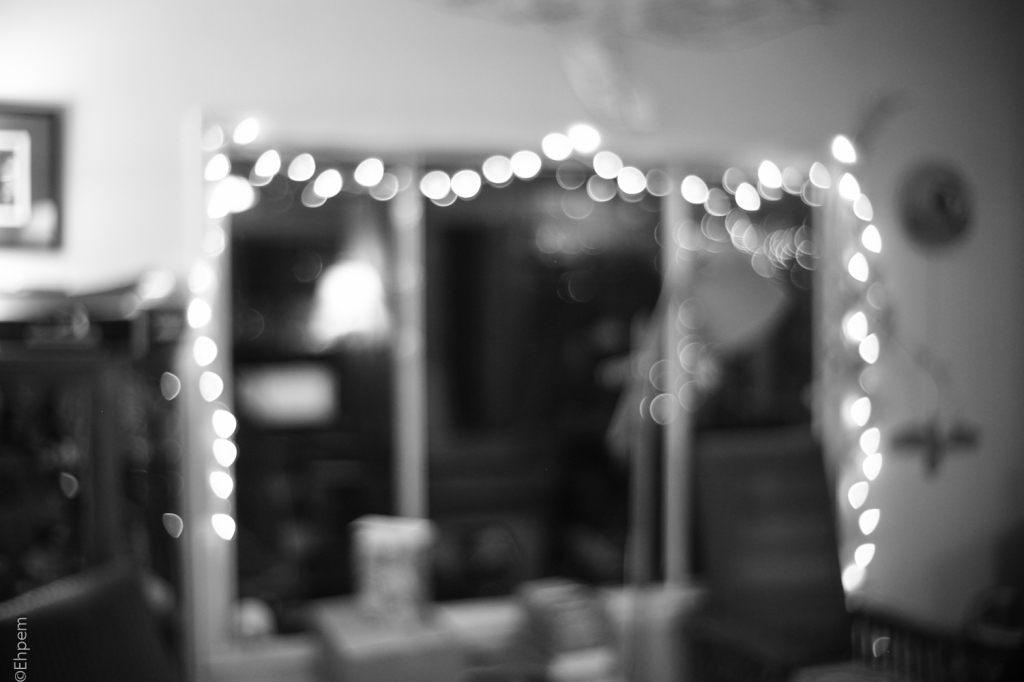