I  recently posted about a Kodak Vest Pocket Model B folding camera that I was given which seems likely to have been my grandmother’s. Today I show the results of the roll of film that I ran through the camera right after that post. Read this post for lots of detailed pictures of the camera, and some of the history too. Do I like these technically flawed shots? Yes, they are very nostalgic. I like the idea that what is the first roll of film in this camera for probably 50 or 60 years, includes shots of my father who may have featured in earlier photos from this camera, when he was a child. I like also that it has shots of one of my own children on it as well, on what could well be the last roll of film that runs through the camera.

You will see from this roll of film (the entire roll is in this post) that the camera has some serious issues. Foremost are light leaks, several of them, at least one significant one in the bellows, and likely one around the seals of the film compartment, and possibly also through the red window in the back of the camera. Another problem arises from the extensive dust inside the camera – I brushed and wiped the insides of the camera very thoroughly, and blew it out with compressed air before loading the film. Perhaps I just loosened ancient fragments of the bellows or something, but the myriad black specks on the images are junk on the film at the time of exposure.

All of these problems are easily overcome – light leaks can be sealed and likely I can find a way of sealing or stabilising the inside of the camera to keep dust under control. However, the meniscus lens is optically poor and even though I was very careful with light direction and keeping the camera shaded, and even though the light leaks do interfere with clarity, the lens is just not up to much. Even if the camera operated perfectly, it will only take soft focus low contrast shots which have a certain appeal, but not much to my eye. I have adjusted the negatives a fair bit electronically to try to pull up some of the detail, but it just is not there.

There are some photographer problems evident in this roll too – one of the double exposures was a mistake on my part. The first one of my son was deliberate and is my favourite from the roll (it makes me want to take more double exposures). The worst of the light leaks is because I wound the film forward and unfolded the camera, and then walked around with it trying to choose a backdrop for a picture of my parents. That was asking for trouble with an old camera like this – even the smallest light leaks that might not be a big issue when given enough light and time will leave vivid marks on the negative. The white specks and hairs are from dust on the negatives or scanner bed when scanning. I did not take a lot of care with scanning – the holder I made did now work too well and the film was not flat, and very hard to handle, so I could not spend a lot of time with the blower and cleaning dust.

And for all these reasons, these photos look like they came straight out of an old family album. I did try to find subjects that would look old, and to frame my people shots in ways reminiscent of older family photos, but the light leaks and lens quality are really what make these photos feel old, even ancient and like so many that one finds in old albums, or the reject shoe box of images.

I don’t think I will shoot any more with this camera – 127 film is so hard to come by, it is expensive per shot (about $2.50 each compared to the Olympus Pen which costs about 30 cents each – it would be about half of that if I did my own processing) and it is going to be a lot of work to get it operating properly, and even then it would be all about a nostalgic feel to the images, and not about their image quality. There are other old cameras that will give that feel, with better quality. I think I might have one, part of the gift that included the Vest Pocket included a Kodak Six-20 Junior which is known to have taken better pictures in the past. It still has a roll of film in it, half used, probably 20 or even 30 years old, which I will be finishing soon, and then running another roll through it to see if it has survived in better condition than this one.

Even though the results are a bit disappointing, they are not a complete wash, and it has been a lot of fun learning about this camera, how it works, the best ways to shoot with it, and all of those things. The first shot is a keeper as far as I am concerned – I would like it better with less of the black dust specks and maybe I will spend some time cloning out the worst of them. 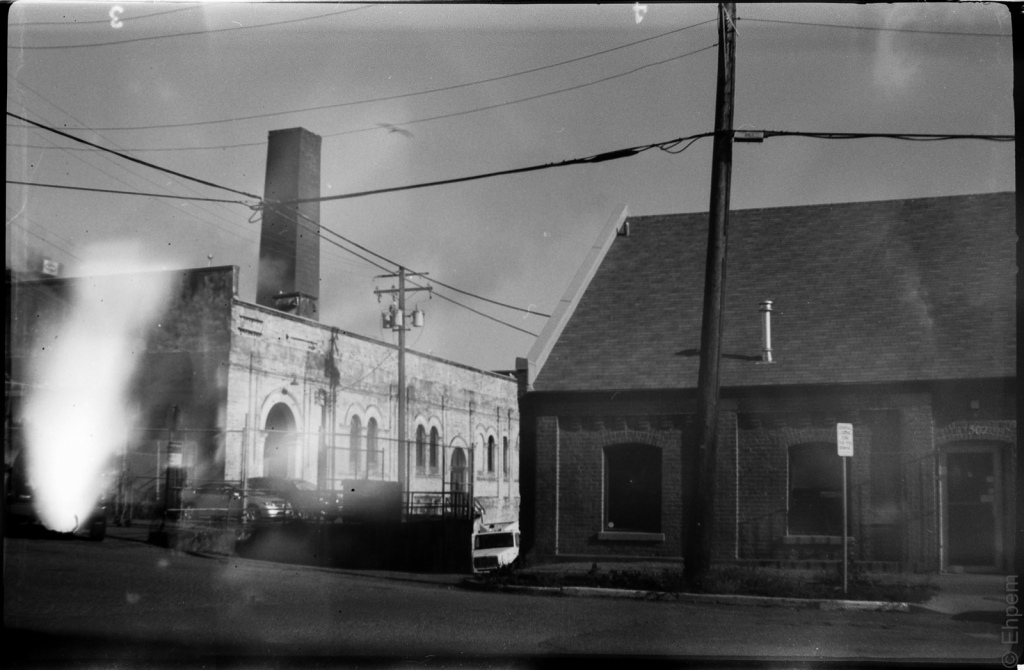 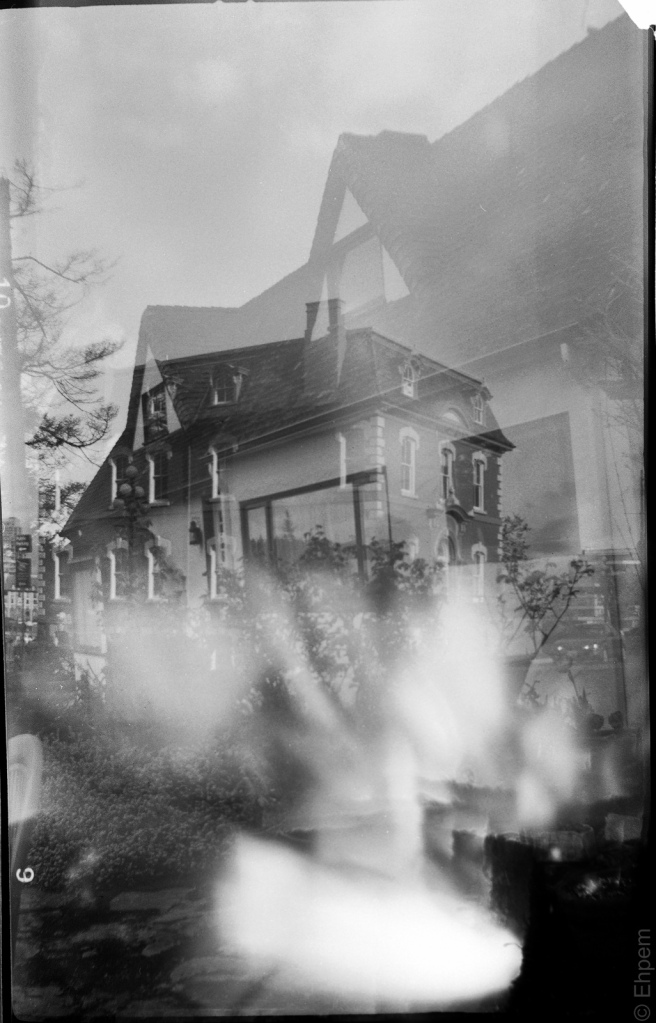 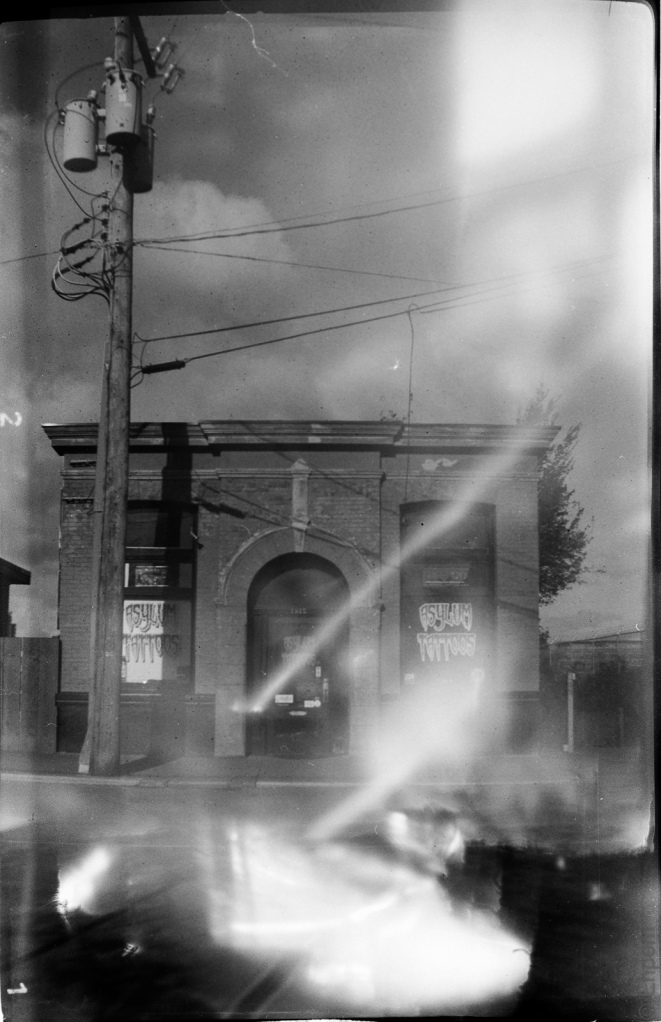