As I noted yesterday, I sought and found more cairns in Oak Bay that mark Songhees geography and history. This is the sixth one that I am aware of. Maybe if I look, I will find more. Too bad that I have to hunt for them, but perhaps by the time I am done, other people will not need to look so hard.

Today’s cairn is at Willows Beach, the cairn itself is in Willows Beach Park very close to the tea room. I have updated the map to show the location of the cairn, which is about midway along a site that must extend over a kilometer of shoreline.

The monument marks the site of Sitchanalth, a major Songhees village that extends behind most of the sandy parts of Willows Beach and also encompassing land on the rocky headland to the south near Bowker Creek. 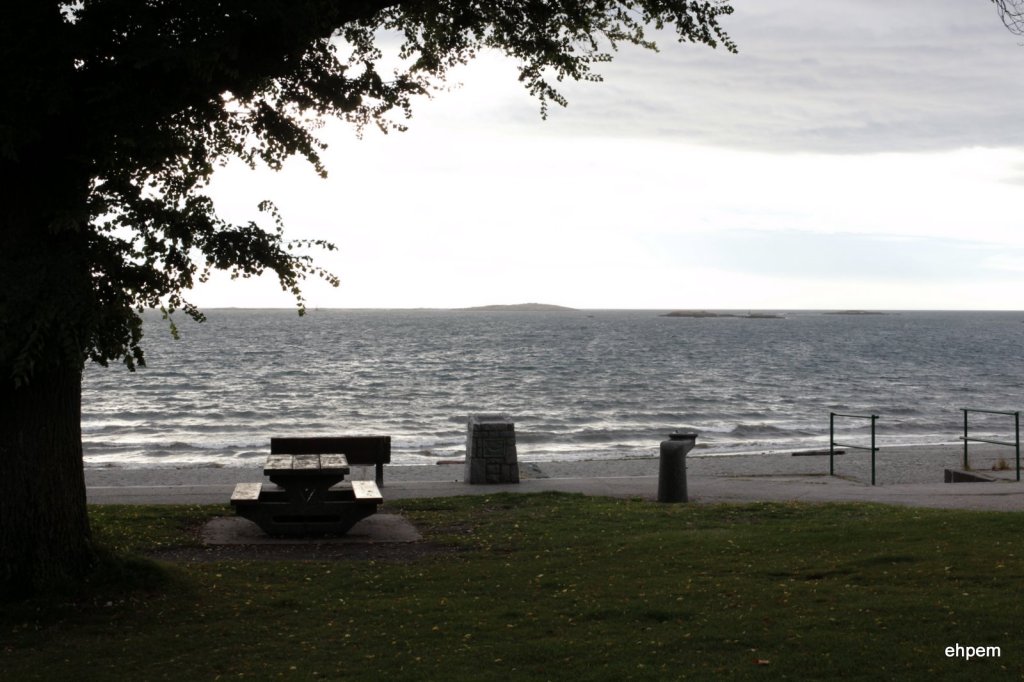 The inscription on top of the cairn reads:

The indigenous people called Willows Beach Sitchanalth, which according to Songhees elder Ned Williams referred to the drift logs and trees lodged in the sand. The site was used for thousands of years, and longhouses once lined the entire shore. The people enjoyed a wide variety of sea life, deer, birds and shoreline foods. Ned’s father smoked salmon here.

Once again archaeological information is used in the inscription. In this instance there is a great deal more information available publicly, though much of it centres on controversy that arises when development overlaps with protected archaeological sites. If you care to search out that information, be sure to also read this blog post (and the two related ones in the same place) for some well-informed insight into these controversies – there is a lot of misinformation out there.

It seems from the exchanges that arise during controversies that ignorance is a part of the problem. These cairns in Oak Bay will educate the public and maybe in a small way could help reduce the conflicts that arise. The Sitchanalth cairn is the best placed to do so. Willows Beach is the most heavily used park in Oak Bay, and probably ranks second (behind Beacon Hill Park) in the Greater Victoria area. The cairn is placed at the busiest, albeit crowded to the point of clutter, part of this popular place and should be seen by many local people. The King George Terrace Lookout cairn is also heavily visited, though as frequently by tourists as locals. 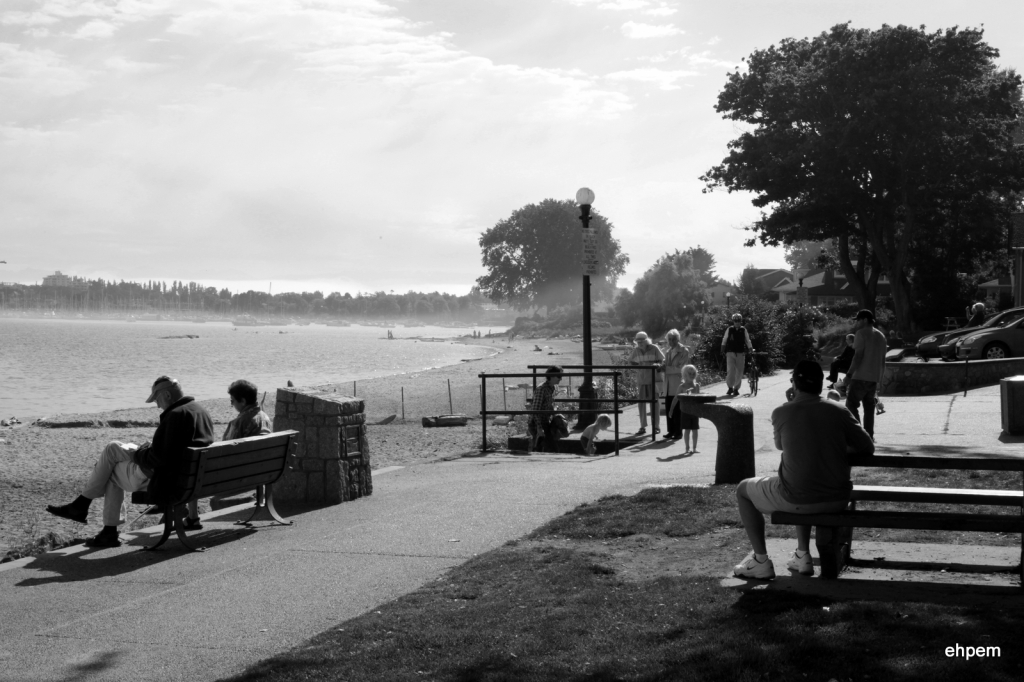 The picture below is looking along most of the Sitchanalth area. The north end of this place is near camera position, the south end of the village was beyond the large tree in the distance. 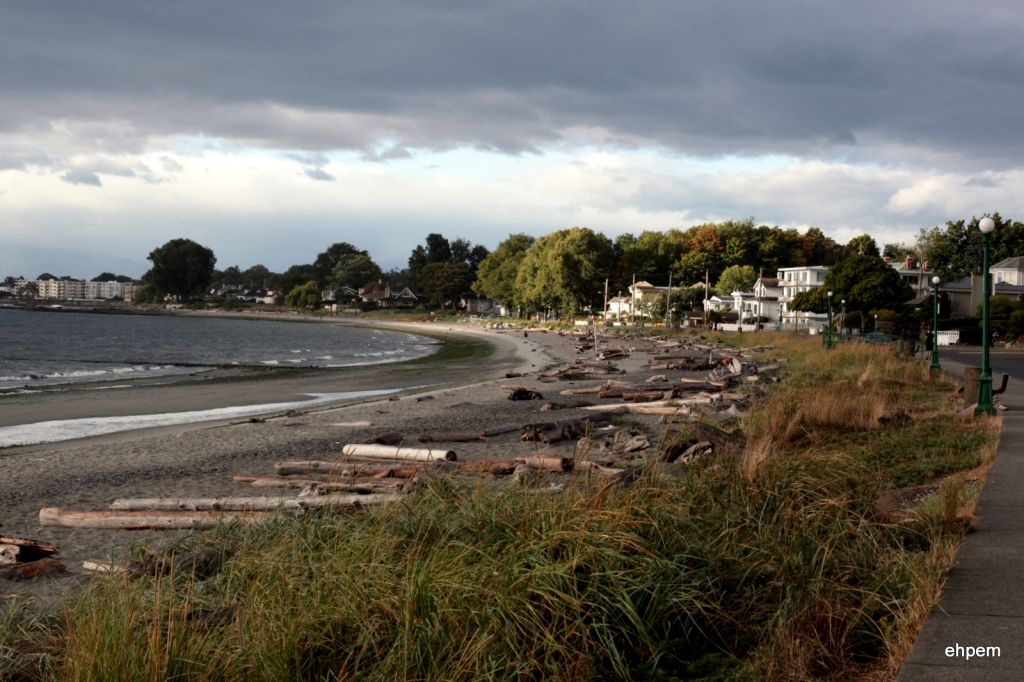