Another set of tone mapped images this time from the Masset Airport (ZMT) while cooling my heels waiting for a late flight to depart. There are plans to replace the airport terminal – this is probably also a military installation, constructed originally as part of the Masset CFS, feature in a couple of earlier posts, including yesterday’s similar post production treatment of similar buildings.

It occurs to me that these are all over processed, now that I see them against the black background of my blog they look different. But, it is what I have prepared for today, and they do have some merit, even if a bit further from perfect than I would like. Maybe some day I will tackle them again, and make more of them, at least those that are worth the effort (the top one and the bike one are the ones I think with a bit of a future, if treated nicely). 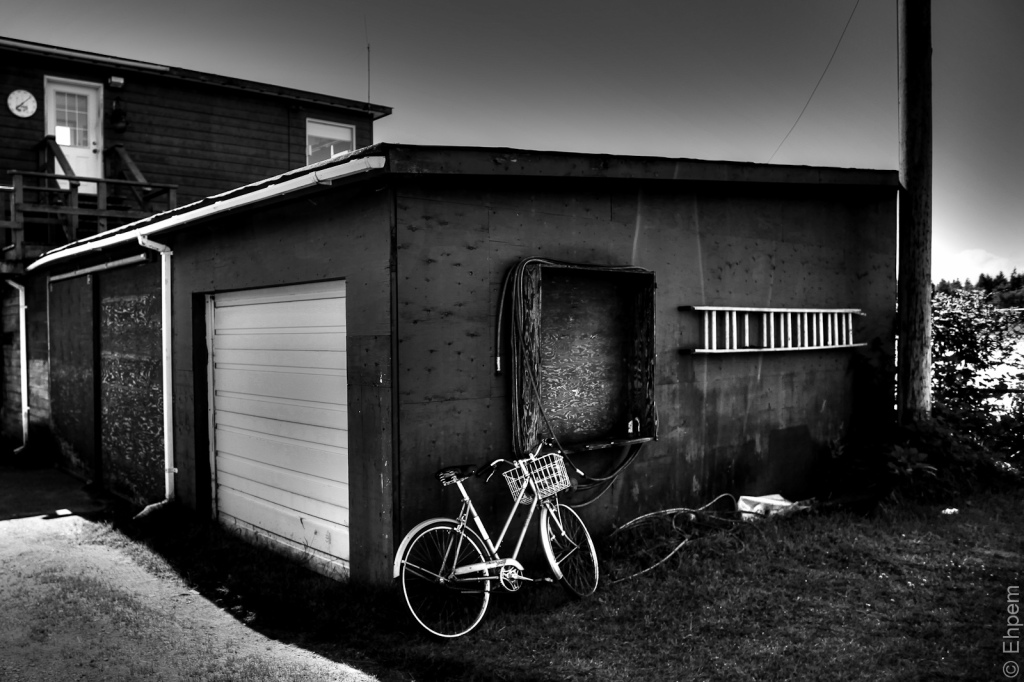