From the 52 Rolls project, here is the rest of my 52nd roll for 2015. These are the solstice party shots missing from my post (http://wp.me/p1R4lY-7jR) of earlier today that has the rest of this roll of film. 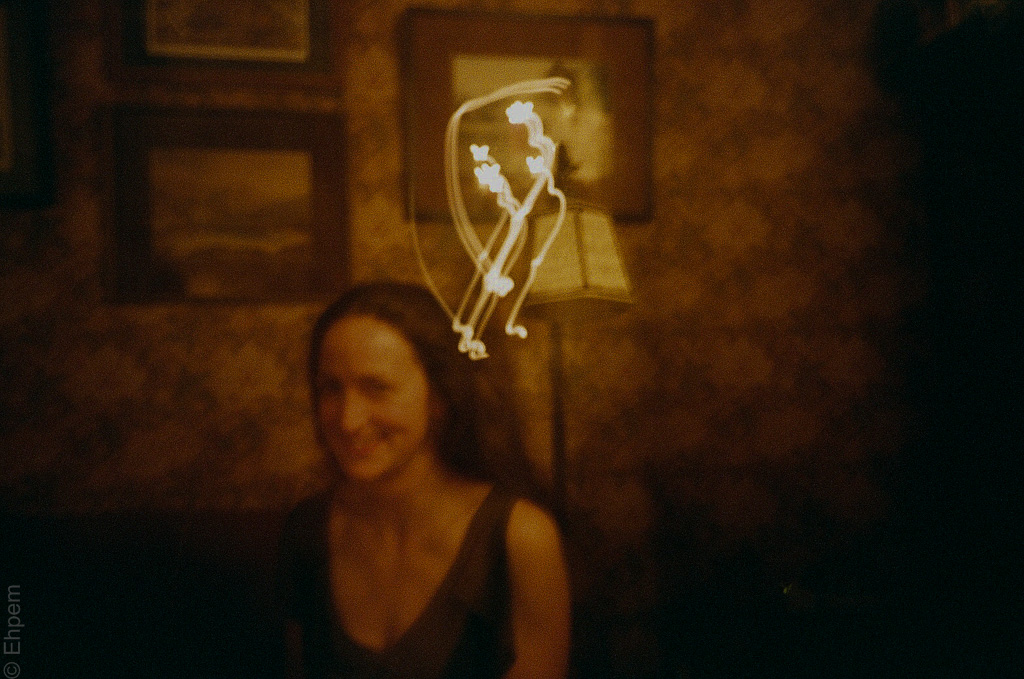 Every year for a couple of decades now we have gone to a friend’s house for her winter solstice party. The whole place is lit only with candles.

I had an Olympus XA2 in my coat pocket loaded with a no-name 400 speed film, probably from Kodak. I decided I might as well try to get some shots.

I had forgotten that the XA2’s minimum shutter speed is 2 seconds (I had confused it with the 10 seconds for the XA), so quite a few were underexposed. The noise of the party meant I could not really hear the shutter even though the camera was hand-held. The picture above was half exposed when I moved the camera, thinking the exposure was complete and caught some candle light.