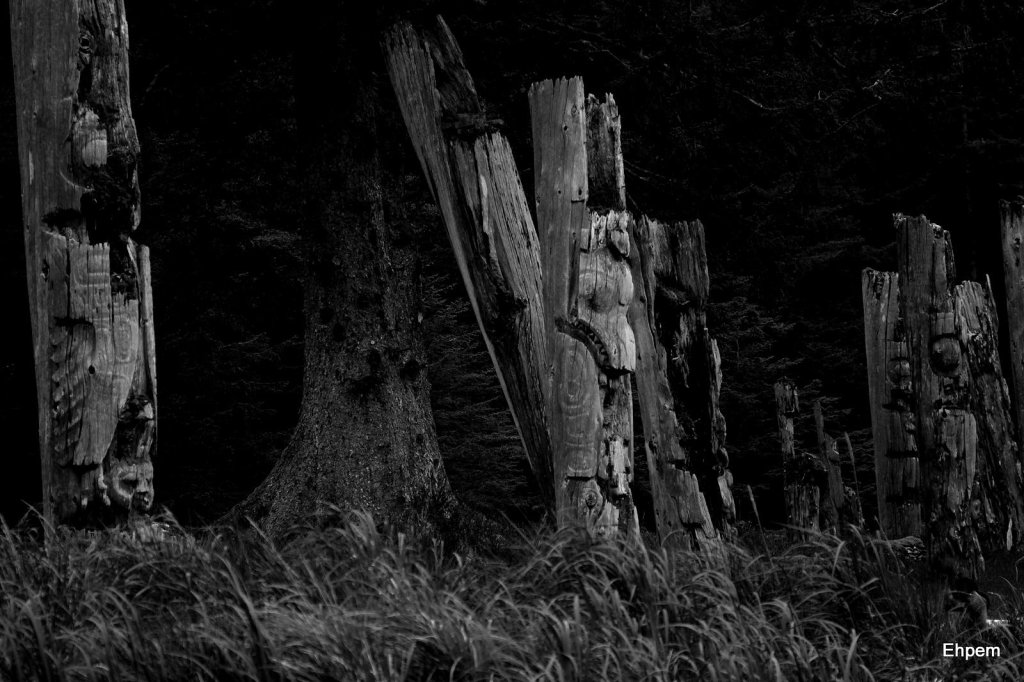 SGang Gwaay Llnagaay is a Haida village site that is listed as a UNESCO World Heritage Site. SGang Gwaay is the Haida name for the island on which the village is located though it shows on the charts as Anthony Island. Llnagaay means town or village. The name SGang Gwaay “refers to the wailing sound made when winds push through a hole in the rocks at a certain tide level” (see this link and this one for more information). The village is also known as Ninstints or Nang Sdins Llnagaay after one of the chiefs that lived here. The island is off the west side of the south end of Moresby Island, about 10km from Kilgii Gwaay, in an extremely exposed part of the coast. While the distance seems short, this stretch of water is often unpleasant with strong tides sharpening and elevating already large waves. Some days the trip is just not possible. Fortunately, the wind settled enough so that on our last day at Kilgii Gwaay we could include a trip to SGang Gwaay so that Dale Croes could see it for the first time, and so that the rest of us, and especially the Haida crew, could recharge our batteries at this very special place. 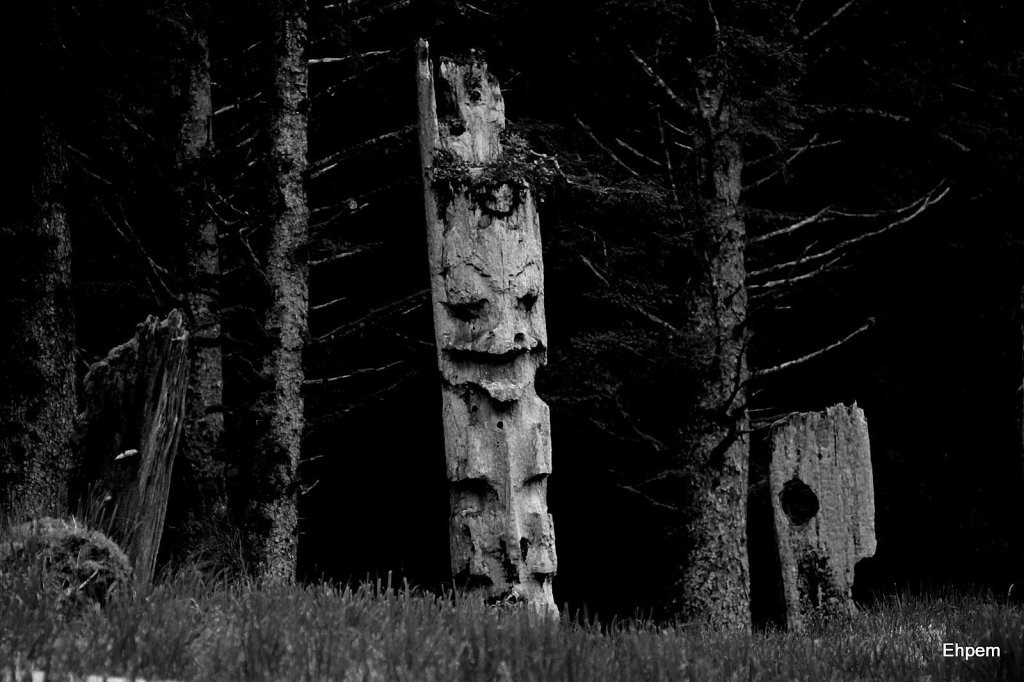 In Canada today is National Aboriginal Day and the SGang Gwaay World Heritage Site seems to be an excellent way to mark this day. SGang Gwaay is managed by Parks Canada and the Haida, with a Haida Watchmen’s station is located near to the site, staffed several months of the year by Haida who schedule and accompany all visitors to the site and share knowledge about the place and their traditions, as well as ensuring that the site is treated in a fully respectful manner. They also look after the site, keeping vegetation down around the poles and are active in a conservation program to ensure the poles last as long as possible in a way that is sympathetic to the aesthetics of the place, and to Haida cultural values. 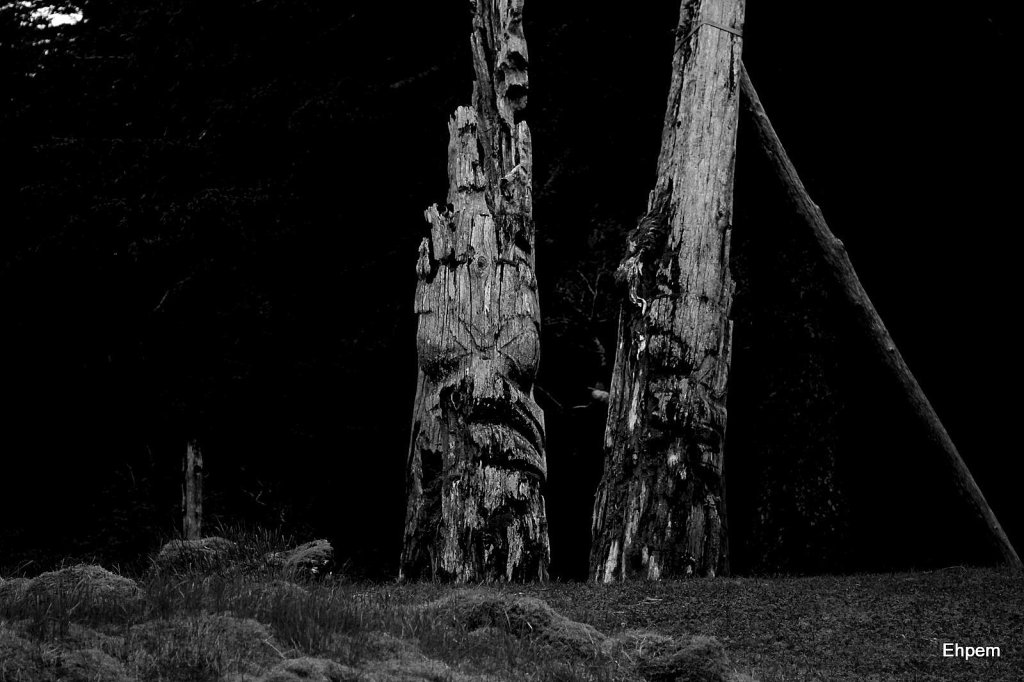 SGang Gwaay is a monument to Haida culture and art and the past. But, it is also an inspiration to the Haida of today. Every time I have visited this location over the years I have been accompanied by young Haida colleagues, sometimes on their first visits here. It is always an emotional experience to be there with them, to see their reverence for the place, and the intensity with which they study it to learn and take knowledge and experience home to their communities on northern Haida Gwaii. There, many people have never or only very rarely visited this remote place. The inspiration they take from their visits tells me that SGang Gwaay is as much about Haida future as it is about their past. 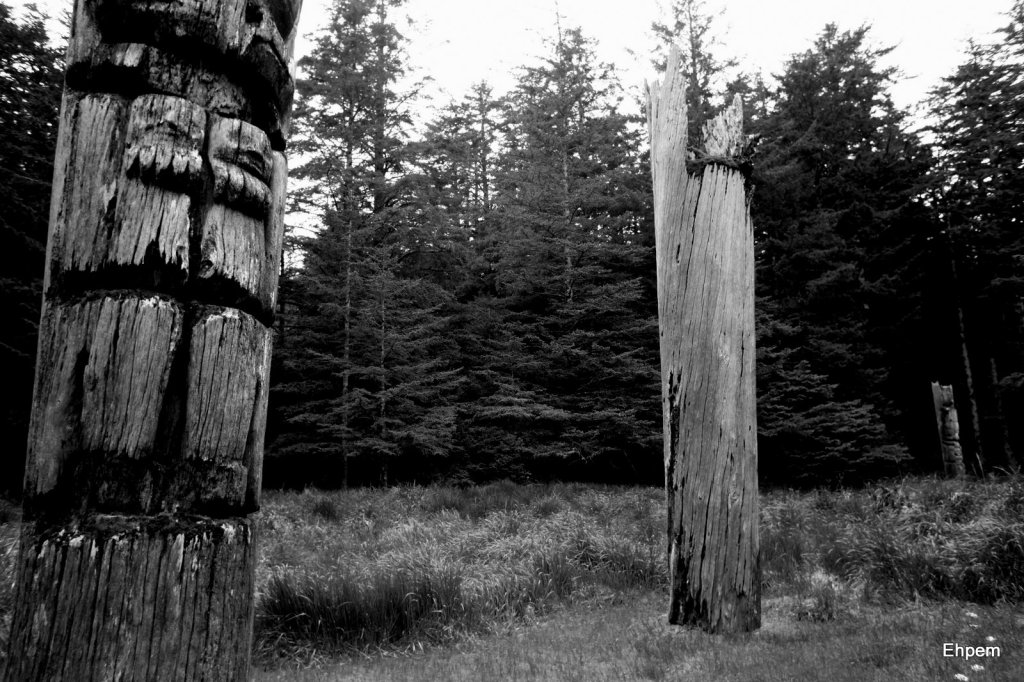 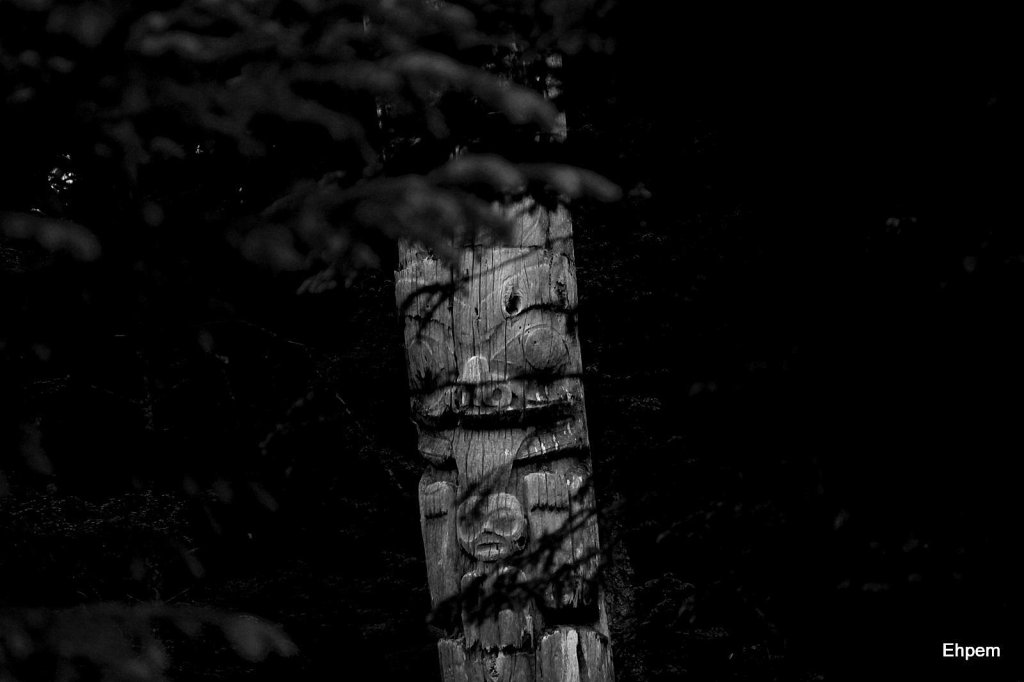 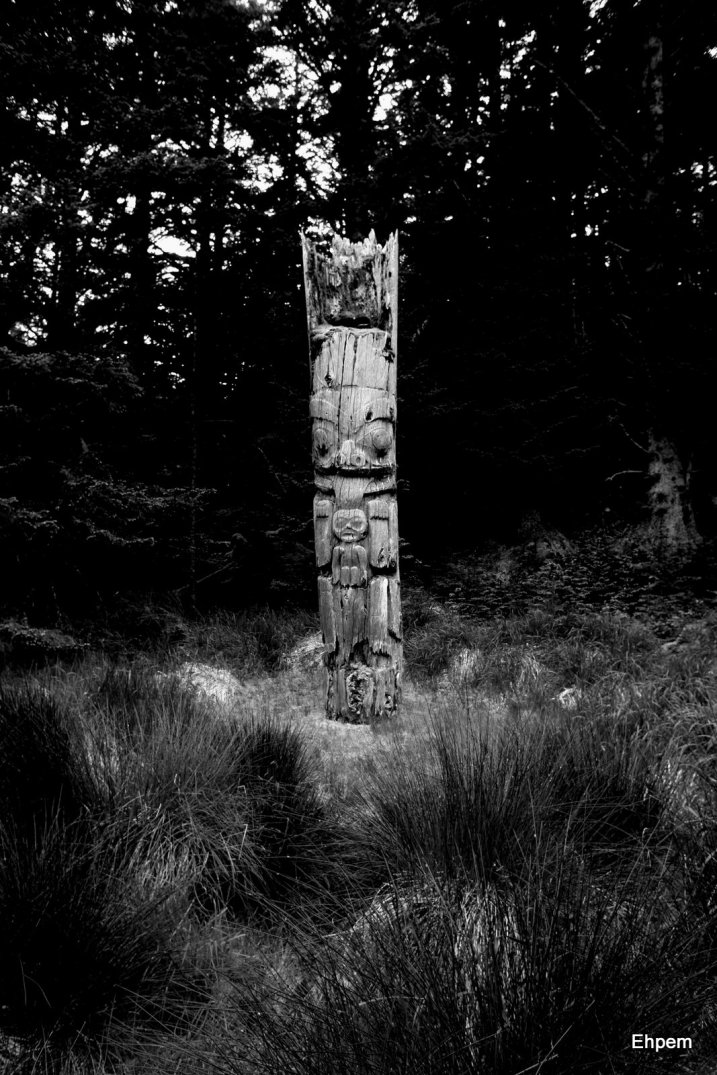 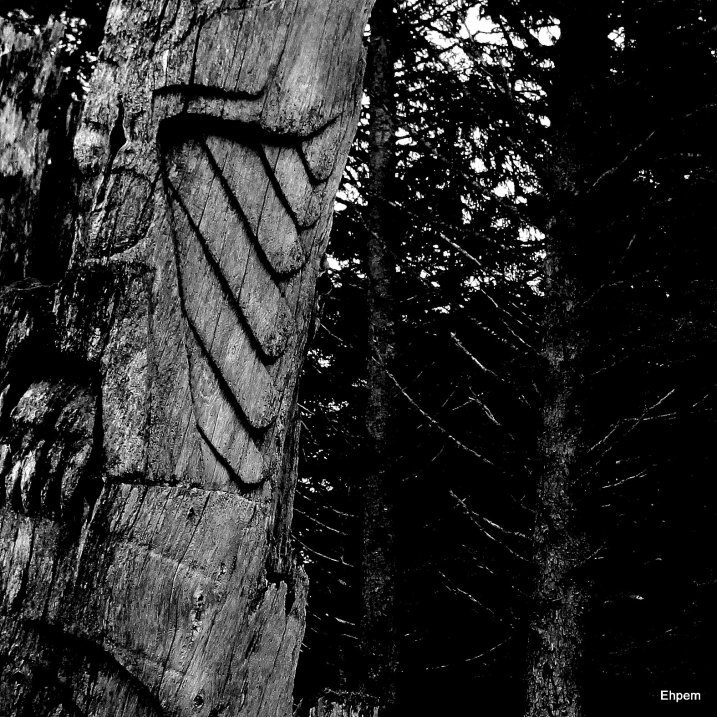 Jordan, pictured below, was with me the first time I visited SGang Gwaay 20 years ago and it was a true pleasure to meet him there again this year, as I had not seen him for 15 or more years. For three field seasons in the early 90’s (when our moustaches had not a single grey hair) we worked together finding and recording the locations of archaeological sites in the then newly formed Gwaii Haanas so that they could be properly managed. We worked on some testing programs after that for a couple more short stints in Gwaii Haanas. It seems to me so appropriate that someone that has walked most of the shorelines of Gwaii Haanas and is intimately familiar with most of the recorded cultural sites from the last 11,000 years should be chosen as a cultural steward, ensuring that respect for the land and culture is instilled in the visitors. 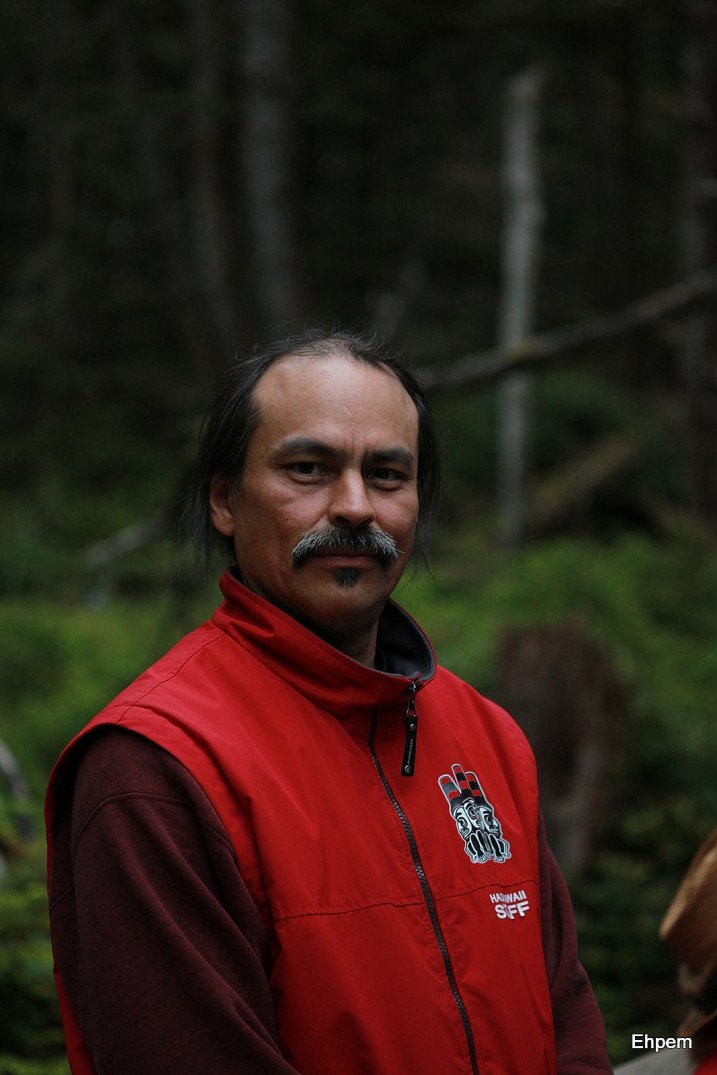 This link catalogues my posts on the Kilgii Gwaay 2012 project. I was accompanied on this trip by Tansy, one of the Quimper Hittys, who is blogging about the trip from a doll’s view. You can find those posts here. She too is featuring her visit to SGang Gwaay in her post today which can be found at this location,  in colour.