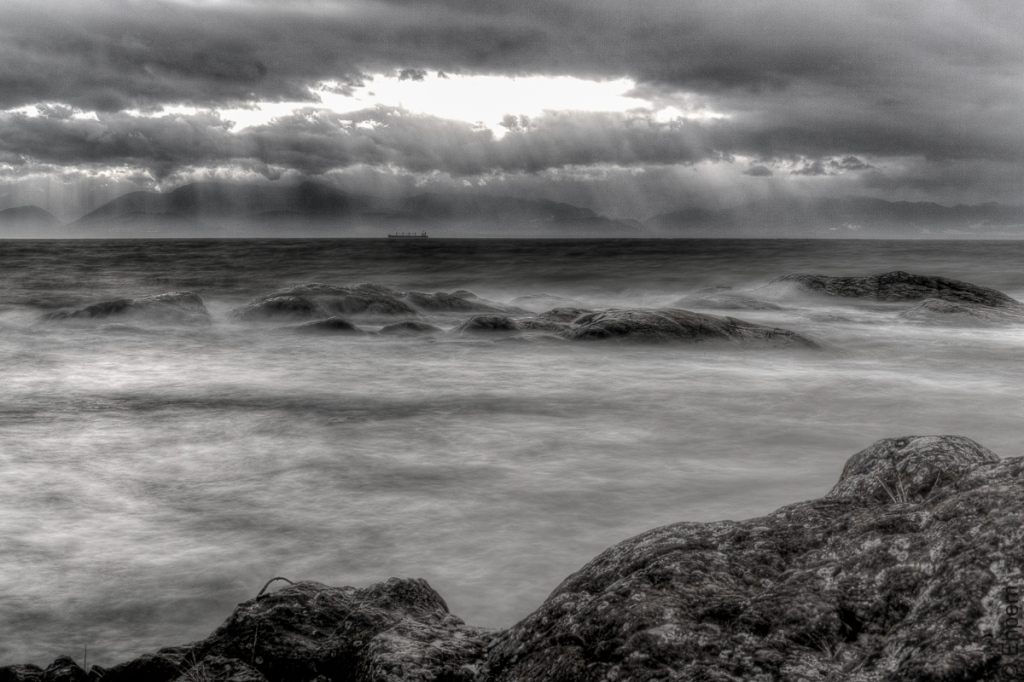 The Strait of Juan de Fuca was quite windy on Friday so I got out for a few minutes to make pictures.

The wind in the neighbourhood added to the glum mood brought on by the possibility that a cargo ship might wash ashore on Haida Gwaii (fortunately that has ended well).