This is a former Washington State Ferry, the MV Rhododendron, named for the state flower.

She is now a support vessel for an oyster farming group on the east coast of Vancouver Island where I saw her a few weeks ago.

I was reminded of the surprise I felt to see the former BC Ferry Queen of Tsawwassen in Toba Inlet a couple of years ago.

I wrote about that encounter here. 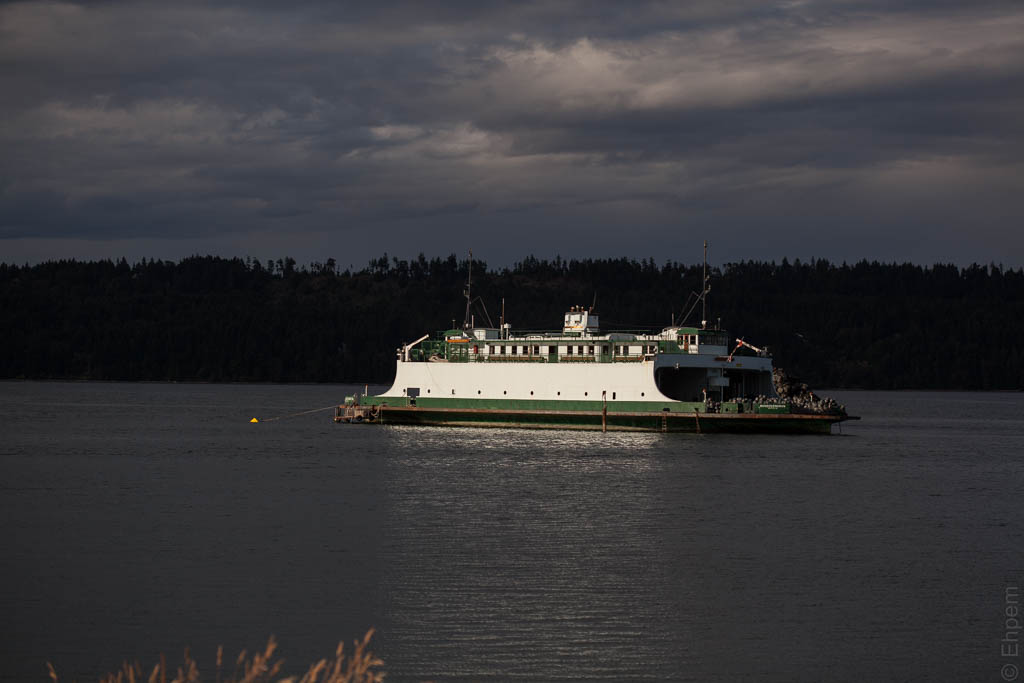 Originally built in 1947 she sailed in Chesapeake Bay as the MV Governor Herbert R. O’Conner.

She first sailed for Washington State Ferries as the MV Rhododendron in 1953.

She was bought as a stop gap measure while other ferries were to be built, but remained in service for 30 years.

She then spent seven years in storage before being totally reconditioned in 1990 and returned to service for another 22 years.

She last sailed as a ferry early in 2012, and was sold into her present service a year later in 2013.