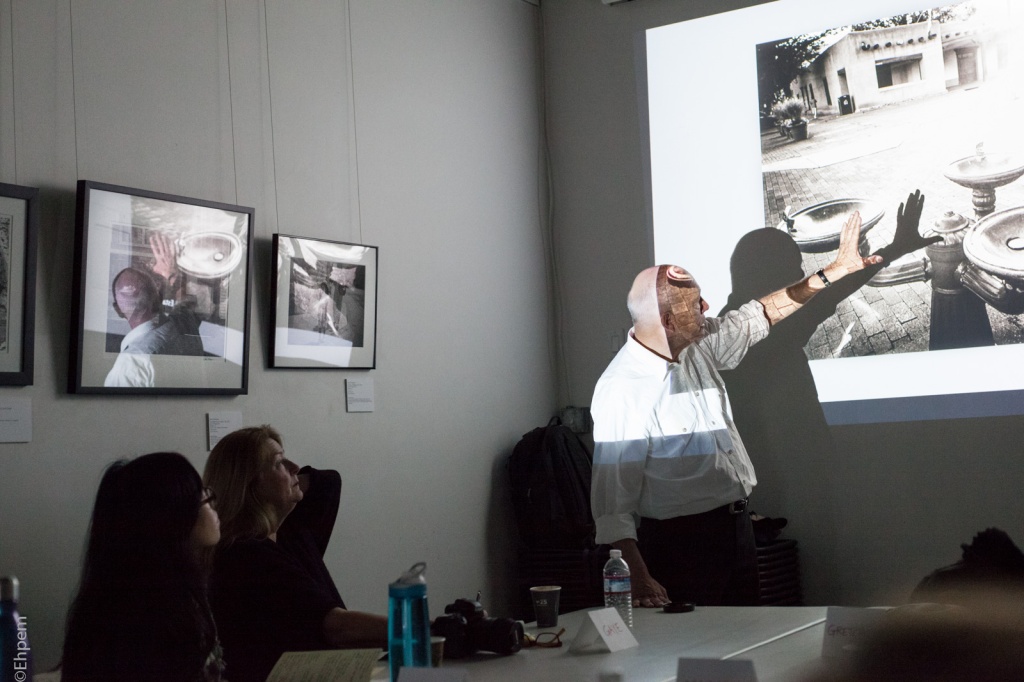 This is photographer Sam Abell instructing the workshop that I attended at the Los Angeles Center of Photography.

To start off the class each of us presented eight images we had selected for the purpose.

Sam asked a lot of questions and provided commentary about the photos, and that is what he is doing in this photograph.

He was always kind and encouraging in ways that everyone could feel good about their photography and where it was heading.

After this part of the workshop Sam presented his own work illustrating principles and methods of photography that he values.

Then we were released into the wild with our cameras for two half days, one at Union Train Station and the other at Santa Monica Pier.

The final workshop activity was to prepare four groups of two images.

Each group consisted of the very first image taken of a setting or scene and the best of all the ones we took.

He did not want us to post process the images, although a bit of horizon straightening was acceptable, he did not want to see cropped images.

He commented on each of our four pairs and showed his own set with a description of what he was trying to achieve.

It was very interesting and instructive to see how an idea was formed and realized by different people in the class.

Because we were shooting in the same environments there was some overlap in the photos we presented at the end.

In this blog and on Instagram I am showing images taken in the formal parts of class described above, but also coming and going from our rental.

I found the workshop very instructive and came away from it with some important lessons for improving my work, and a renewed energy for taking photographs.

Sadly I came home to a very busy schedule and have hardly touched a camera since except for grandchild photographs.