The other day I mentioned that I seem to have a lot of images of public benches in my archives, as well as the Adirondack chairs I showed in that post. Black and white benches, none of which are so plain as to be only black and white – the long one concrete one (with road stripes), for instance, is a pastel blue rather like washed out turquoise.

These too are gathered from archives going back 9 months or so, accumulated during various walks and outings with my camera. 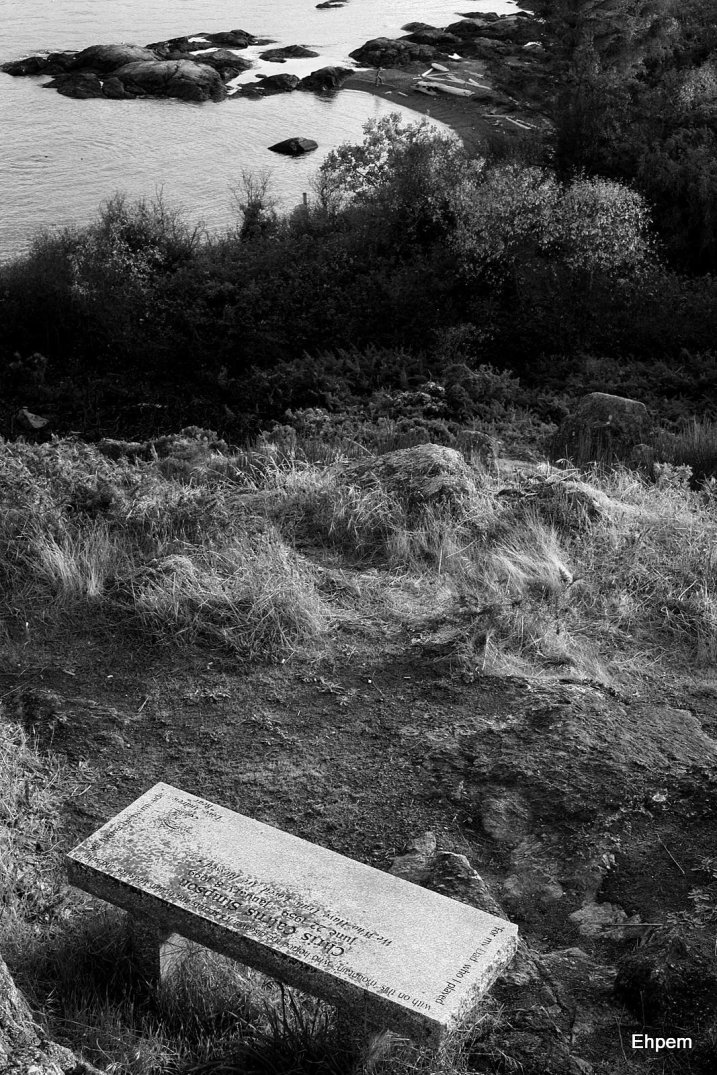 One of many memorial benches, this on in Trafalgar Park looking out to Harling Point

To view the images below in large format, launch the gallery viewer by clicking on any thumbnail, use the arrows to navigate and escape to return to this page.

On the Trafalgar Park lookout, Trial Island in distance

In Beacon Hill Park near the gardeners work area, anyone want to watch compost, gently steaming?

In Beacon Hill Park, one of many beside the Cricket Pitch.

One of many memorial benches, this on in Trafalgar Park looking out to Harling Point