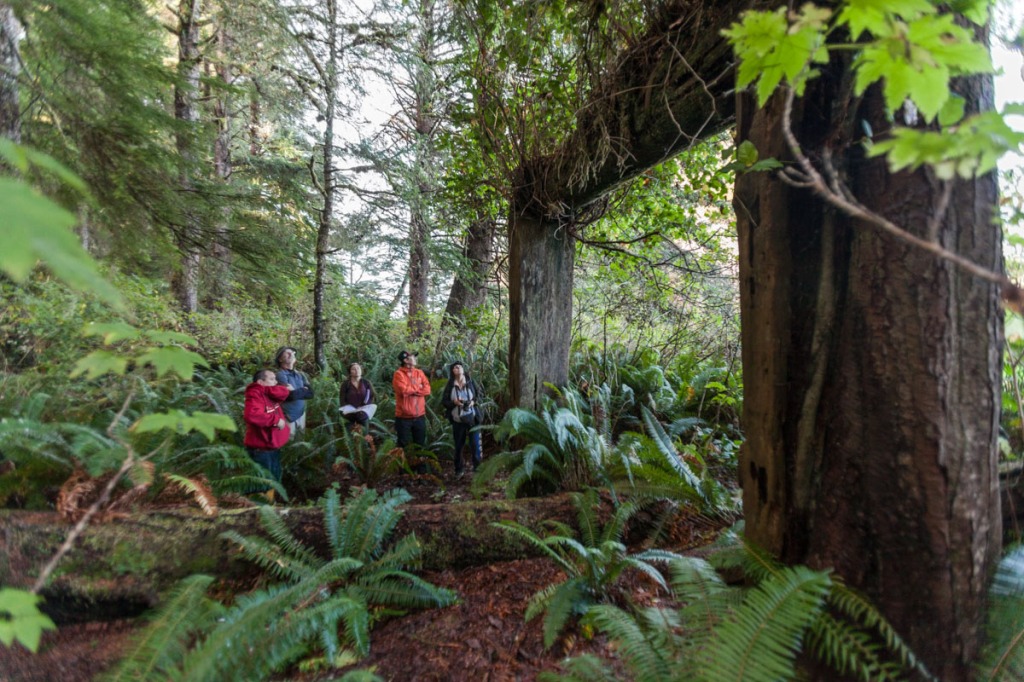 A week ago I made a trip out to Kiix?in in Barkley Sound on the west coast of Vancouver Island. I posted a scenery shot from the beach that is at the far end of the village a few days ago (here). That post has a bit of information about the site, as does the link in the name Kiix?in in my opening sentence.

Kiix?in is a village site of the Huu-ay-aht First Nation which belongs to their Tyee Ḥaw̓iiḥ (highest ranking chief) whose  hereditary name is Tliishin.

I first worked at this site in 1984 and again in 2002 conducting, with others, detailed mapping and assessment of the house features, dating them with dendrochronology, and coring the ground for radiocarbon dating. There are cedar post and beam frames from 8 houses here, some still partly standing. We know that this location has been occupied for nearly 5,500 years and that the houses last used here were constructed from the 1810s to 1850s

This is the front arch of Tliishin’s house that held, on top of the cross beam, a 20 metre long gable beam that was suspended on a single post at the rear of the house. There was a third support in the middle of this arch, now lying on the ground. The beam was more than 70cm in diameter and can be seen in the ferns though it is now diminished in diameter. Similar beams would have been on posts on either side of the house. Hung from the beams would be split cedar planks for walls and roof.

This is one of the most intact coastal post and beam villages surviving on the Northwest Coast.

It has been a privilege and honour to work there, and to be invited out once again to share my knowledge of the location with the current Tliishin.