Roll 37 at 52 rolls, more from Gwaii Haanas and surrounds. Lots of seascapes. I don’t think any of these have appeared at Burnt Embers yet, so you might want to follow the link over to 52Rolls to see most of the roll.

It is beginning to feel like I might complete posts for 52 rolls before the end of the year after all. My backlog has about 8 more rolls, at least, and another is being processed this weekend, and then there are a few rolls in cameras, partly exposed. 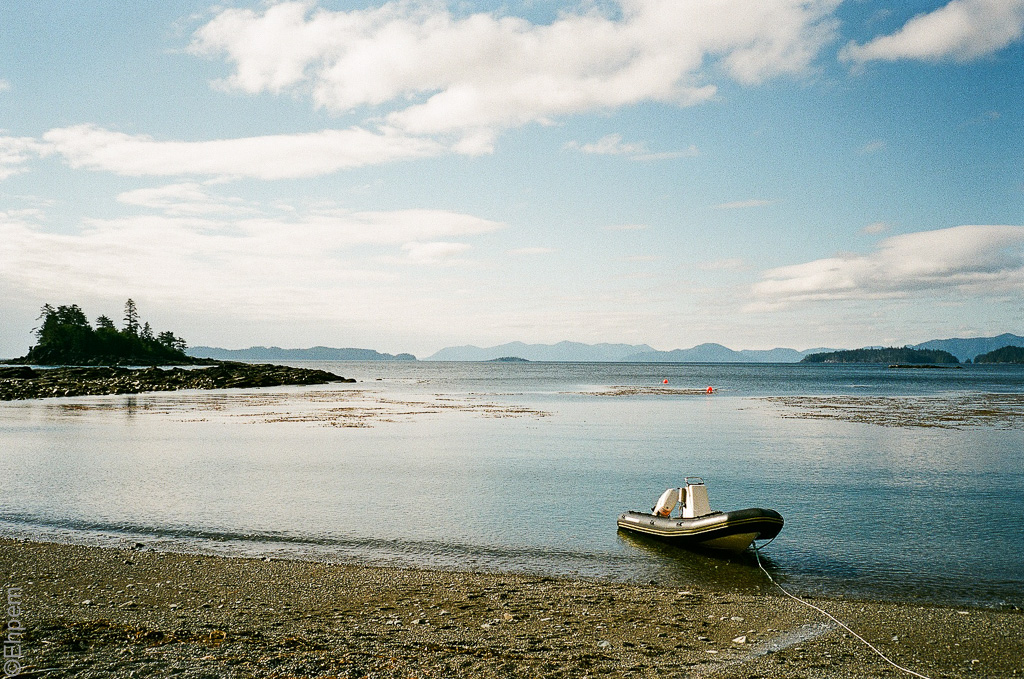 My summer Haida Gwaii trip aboard the Passing Cloud included several passes through the Juan Perez Sound area that lies at the center of the east coast of Gwaii Haanas.

Over the past two decades I have spent many months in this area, walking the shores recording and testing archaeological sites. It is always a pleasure to return.

This roll includes images that start north of Gwaii Haanas at the Watchman site of K’uuna Llnagaay (Skedans) and then to T’aanu Llnagaay (Tanu) north of Juan Perez Sound on Tanu Island, then past Windy Bay along the east coast of Lyell Island and into the Sound including the Hotsprings area and then out of the NW corner of the Sound into another, Darwin Sound. The image captions in the gallery indicate the photo location.

Unfortunately, I did not take film photos while ashore at the old villages, so there is only one picture and it…

2 thoughts on “South into Gwaii Haanas”