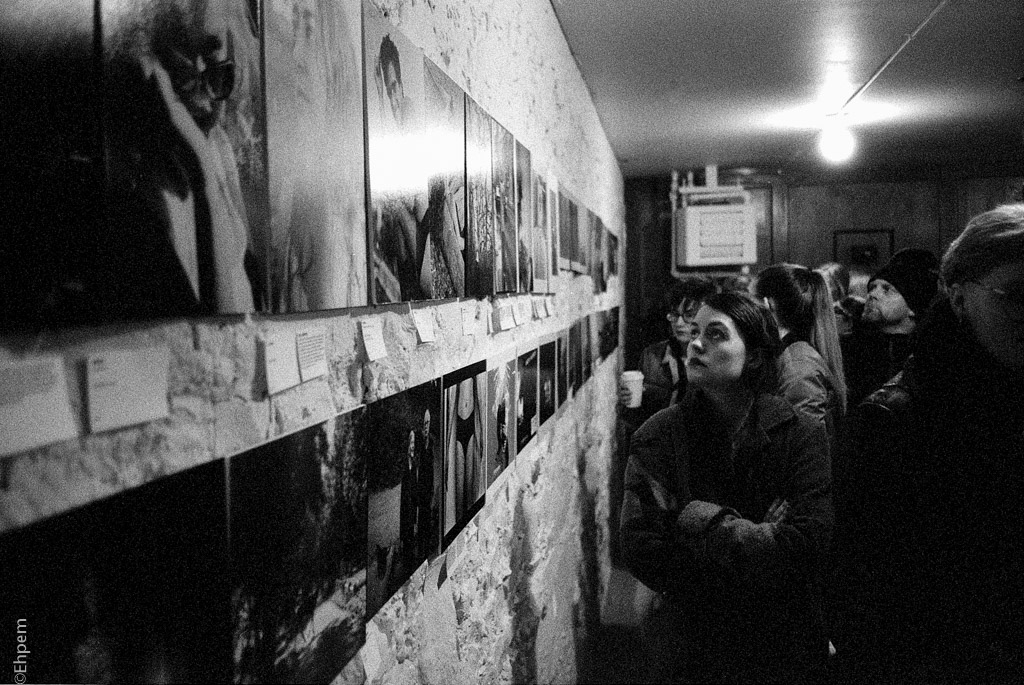 The gallery has been formed to support film photographers and I was lucky enough to have three photographs featured among the work of 64 local photographers.

With that many photographers the opening was packed and I had to go back on another day to have a proper look at the photographs.

The gallery is in one of Camera Trader’s spaces, and the company owner Anthony co-founded the gallery together with Kat and Betsy.

These photos are from the opening and from my second visit. I shot them with high-speed film, in a point and shoot camera with flash turned off.

The gallery is on the lower level of Market Square in Victoria BC.

It will be open for viewing for another two or three weeks on Wednesdays (12-5pm) and Fridays (12-9pm). 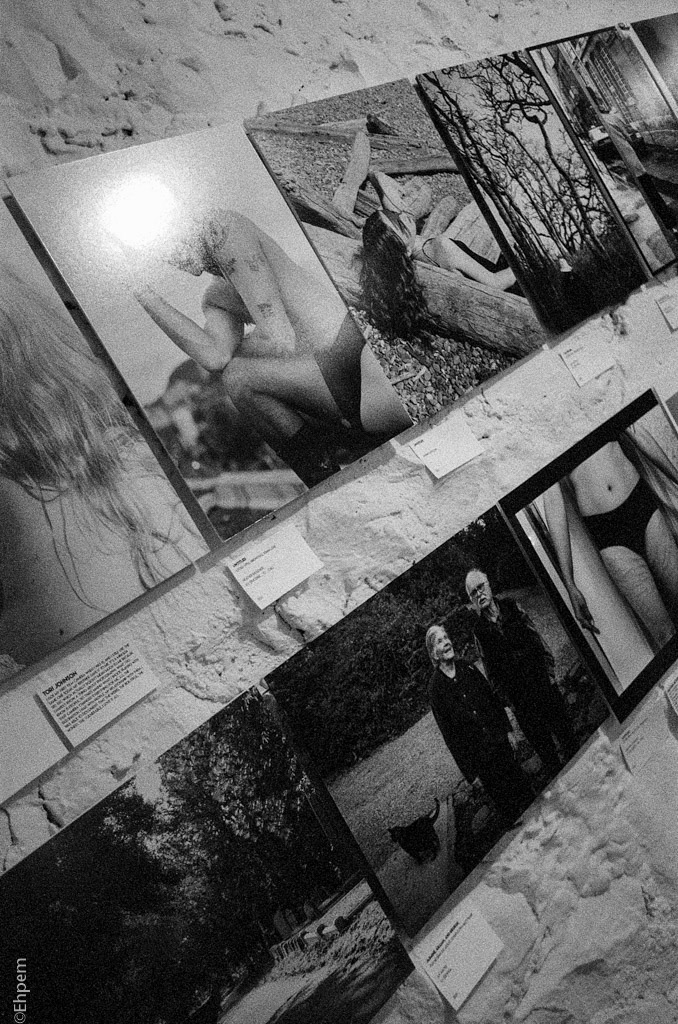 Anthony of Camera Traders and co-founder of Gallery Fourty Nine

two of my shots in this view

It snowed the day I went back.

It was rainy the night of the opening, view from the gallery door.