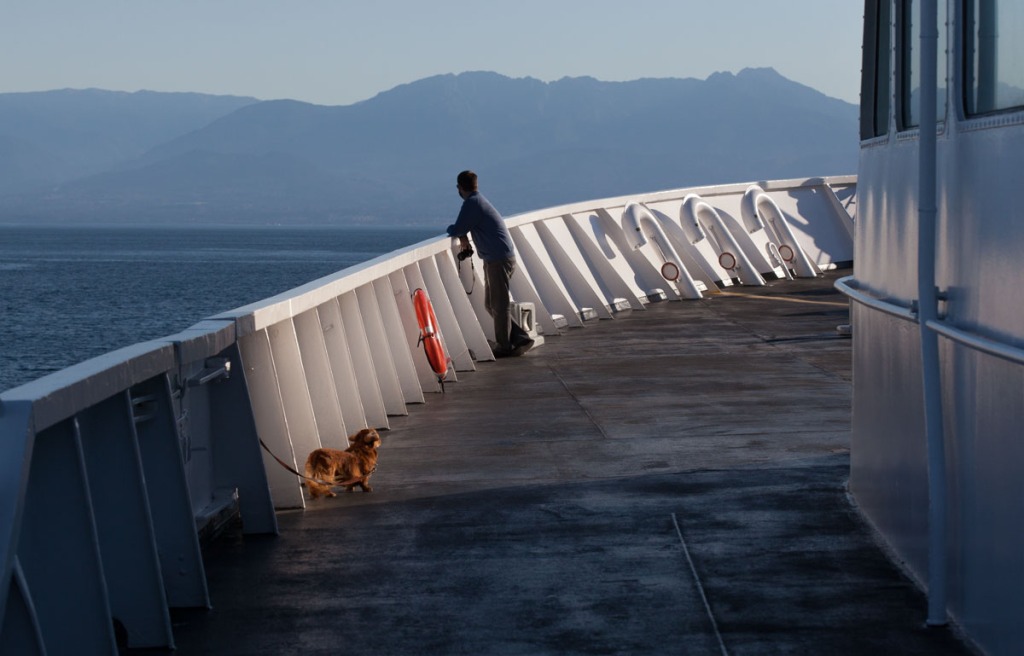 My Coho ferry series continues with a photograph taken as we neared Port Angeles a few weeks ago.

This little dog did not seem to mind being tied up.

There was often someone with it though I don’t know if they were the owner.

BC Ferries doesn’t allow dogs on the passenger deck (at least not on the runs I have been on) so it is a bit odd for me to see dogs on the outer decks.

I think the difference is that the Strait of Juan de Fuca crossing can get very rough with Pacific swell from the beam.

Thus on Black Ball’s Coho run to Port Angeles passengers are not allowed on the car deck while underway.

Logical conclusion -> dogs must be passengers.