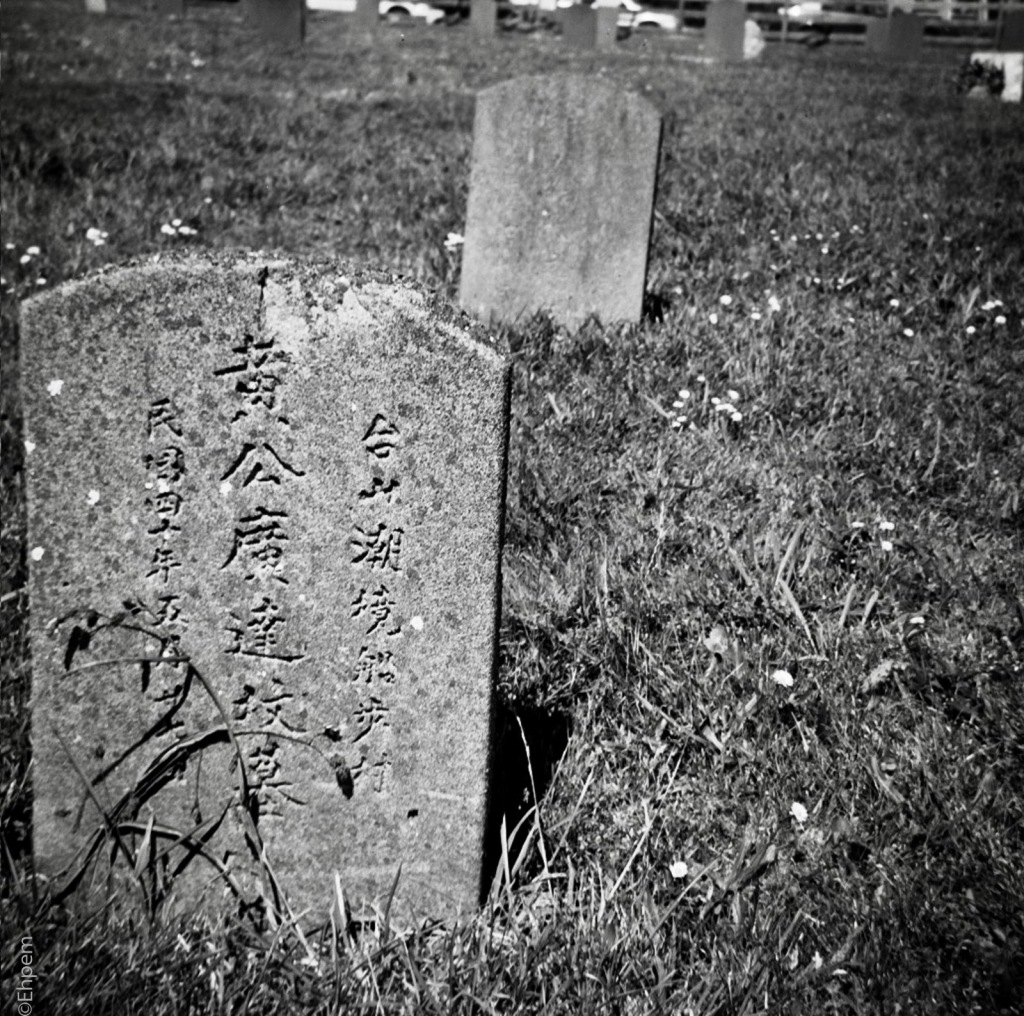 A few days ago I wrote about repairing an Ansco Color Clipper that I found in a thrift store (see that post here). Today I show some photos from the first roll of film. As I described before the camera has one shutter speed, measured at 1/30th, and two f-stops labelled B&W and Color. I infer that B&W is f/16, or possibly f/11 and Color is f/32 or possibly f/22.

To test the camera I used a roll of Ilford Delta 100 that expired in May 2008. I chose that film because I had it, and because I figured that it might be best shot at ISO50, after the rule of thumb that old film generally needs a 1 EV adjustment per decade of expiry. Since the camera was designed to use either 32 or 125 ISO film I figured that I would land solidly within that range with this film and would be more likely to get useable images from the camera.

I mostly took pairs of shots, one on the B&W setting and one on the Color setting. I used the scale focus and for nearest focus roughly measured 4 ft (ie for the shot above). I wanted to  be sure that I had assemble the lens so that the scale labels are still accurate.

So, what did I learn?

So, in conclusion, unless there is a need for a bit of exposure compensation and sharp focus is not critical, then this lens should normally be used in the B&W setting, and thus probably should be used with ca 100 ISO film in bright daylight, and probably comfortably with 200 ISO C41 film as well. There is quite a lot of film that works satisfactorily between 50 and 400 ISO without any adjustment to developing protocols, and these are the films I should seek to use.

To view images in detail click on any image and then click on the arrows or swipe to navigate.