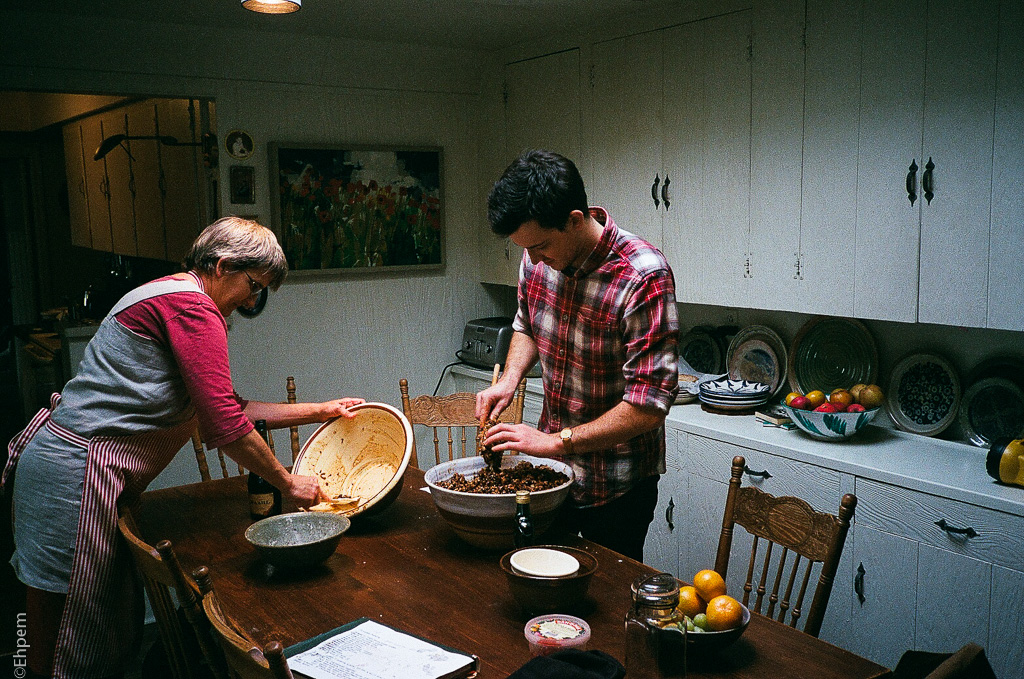 A few weeks ago I went to my parents place with my partner and son. The purpose, other than a nice visit, was to mix up a batch of plum pudding for Christmas with my parents. In years past we have often done something like this, though more often making mince meat.

We found that jointly we had extra ingredients so we tripled the recipe and ended up making seven plum puddings, which will be distributed among participants, and some saved for next year. Unfortunately I did not get a picture of my parents part in all of this.

We had a lot of fun and it was so satisfying to have a long row of puddings to set aside for aging.

It took a couple of days to get through the steaming as it takes 6 hours per pudding, and we don’t have pots big enough to fit more than two small puddings.

We took our puddings home for steaming. We tried cooking one in a pudding cloth, the old way, with flour rubbed into a boiling hot cloth. We haven’t done that before, so it will be interesting to see how it came out compared to the ones in pudding basins. Which means we might have to have two of them at the same time (a likely excuse, as my mother would say). You can see more of that particular operation on my partner’s blog at this link.

This is from a roll of Lomography Colour 800 film other parts of which can be found on this blog and over at 52 Rolls at this link.